More Medals on the Ice 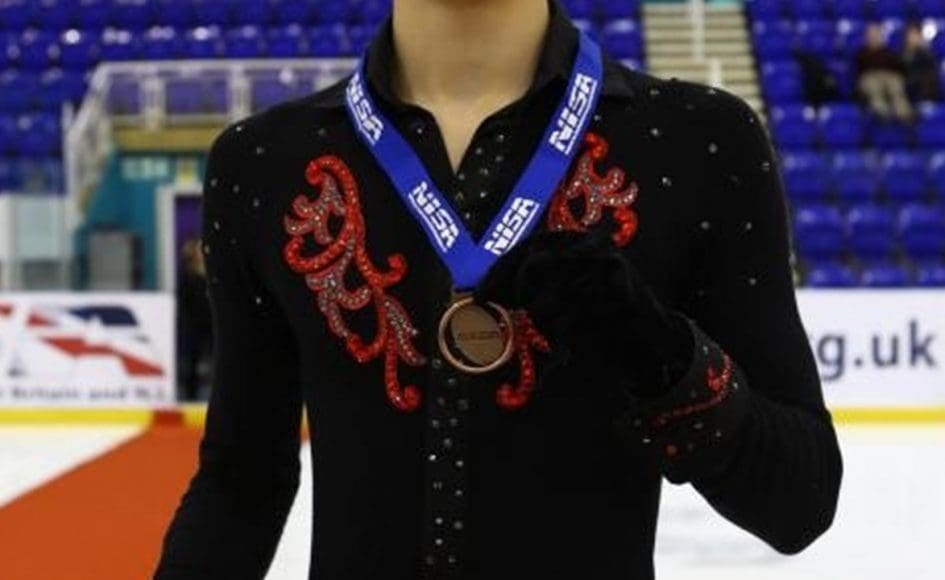 More Medals on the Ice

A local ice skater has won bronze at a prestigious competition in Sheffield.

Ruaridh Fisher from Kintore picked up the bronze medal in Junior category on 3rd December at the British Figure Skating Championships.

Ruaridh set a PB of 125 to take home the bronze and joins fellow skater, Greig Smith, who picked up silver in the advanced novice category. Both skaters train regularly at the Linx Ice Arena.

Ruaridh was nominated by the National Ice Skating Association of Great Britain and awarded SportsAid Scotland funding for 2015 to help with competitive training & attend National and International Skating events.

After a break in competitions during April-June to achieve the all-important SQA Highers, Ruaridh used this financial support to attend training camps with a Team USA Olympic skater, US & GB Olympian coaches and an International Skating Judge.

He achieved his ISU competitive scores at Junior Men’s level, winning the Short programme at Skate Southern International in September with the 3rd highest UK score in this category , and exceeding the minimum qualifying scores for the British Figure Skating Championships 2015.

In November he represented Team GB at the Romanian International Crystal Skate competition, achieving a Bronze medal in Junior Men.

The Robert Gordon College Pupil was delighted with his performance but already has his eyes on the future.

“Skating is my passion and my life, my goal is to achieve the highest technical standard I can before moving up to Senior Men’s in two years time and be selected to compete at International level for my country and my Clubs.”

Coach Andrea Law was very proud of his performance and also predicts a bright future for the youngster.

“Ruaridh has shown dedication, hard work and a huge passion for the sport and I’m so very proud of his achievements. Having done so well winning the Bronze medal and receiving personal best scores he is well on target for bigger and better things and I have no doubt that he is a star of the future.”