Inspiring the inactive to be active and to maintain or grow the activity levels of those already taking part in sport or physical activity is one of our largest challenges. Recognising the many benefits of being active, both direct to the individual themselves, and the knock-on impact to our communities; Sport Aberdeen conducts city-wide research and analysis to better understand the barriers to people getting active and works to reduce these whilst also leading on campaigns and promotions designed to motivate and engage people of all ages and abilities. 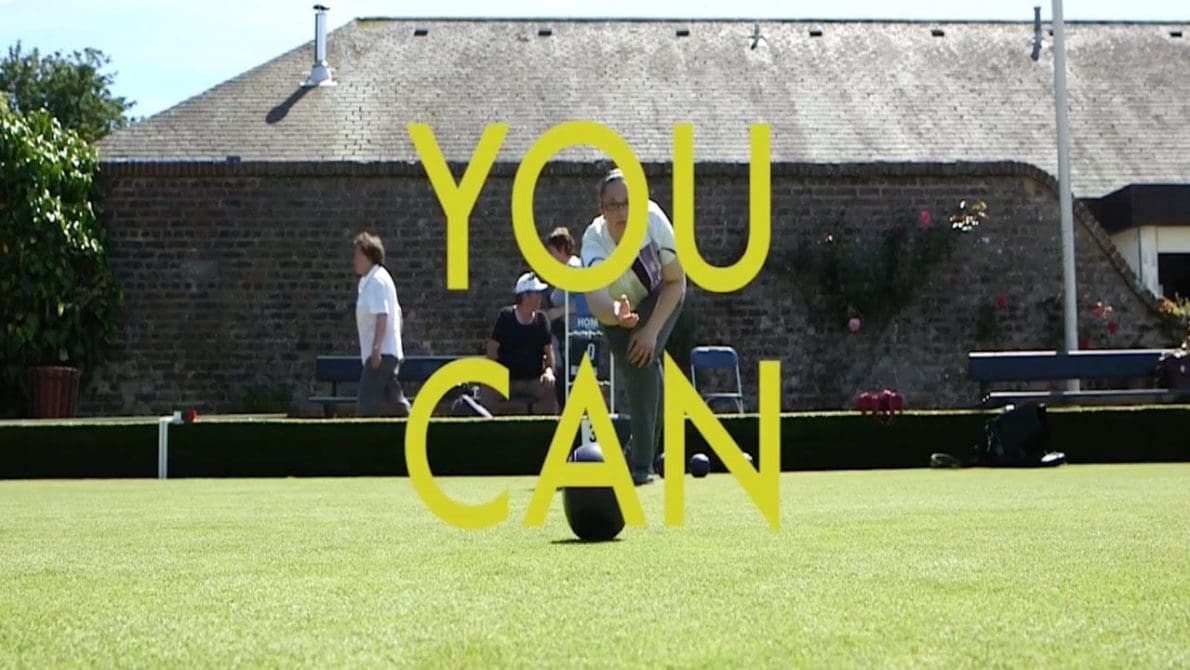 I attended my first wheelchair basketball session in June 2014. Having never played basketball before in my life, I was very nervous and quite apprehensive.

This year I am on the brink of having played 2 years in the sport I now officially LOVE. After receiving “Most Improved Player Award 2015” the sport has given me so much confidence and allows me to acknowledge I am part of a team. Grampian Flyers Wheelchair Basketball Club won their first piece of silverware in the 2016 Cup Finals. This has made me very proud as I’d never really had that real feeling of winning something before. I look forward to training days every week, I just can’t get enough of the sport.

My aim for the future is to represent Scotland at a national level and to send out a message that there is definitely no “dis” in ability.”

Like many other woman, looking and feeling good is very important to me and as such, exercise has always been a big part of my life. But I will be honest, this never used to include running… I hated it in the beginning.

It was after the birth of my second son that I discovered running. Initially, I found myself walking with some of the other mums in the village, this gradually progressed to running with them and after a while, I was hooked.

This was a chance for me to recharge my batteries and have some time to myself, more a necessity than a hobby! As the kids grew up I was able to spend more time running, improving my technique and found joining a running club helped. It was great to get out and explore the many routes around Aberdeen and surrounding areas and found the social aspect just as rewarding as the exercise.

Fast forward 10 years since I started and I have 10 half marathons, 3 marathons and 2 ultra marathons under my belt. There have been some challenging moments along the way with the rewards more than making up for that, it just goes to show that sport can be for anyone.

Having been a latecomer to sport and fitness, I took up dancing and judo in my late 20s. I practised judo for 2 years before deciding to try something new.

Roller derby has changed my life. From being the chubby tomboy at school, I’d never think I’d be where I am now. I started derby for fun and fitness, now I get fit for derby.

It’s changed the way I look at body image, smashing stereotypes that a woman has to be skinny or look a certain way to be attractive or fit into society. I’m fit, strong and feel great.

I’ve worked so hard to get where I am. Roller derby has given me so much confidence and has pushed me to my limits. Making myself get up at 5am to go to the gym so that I’m always improving and ensuring I am the best I can be for my team. Providing support and motivating me to train hard, pushing me to go for my goals, to which drove me to represent Scotland at the last roller derby World Cup.

When I first started playing dodgeball I really struggled – I was terrible and not sure if I enjoyed it! But I decided to stick at it and it was the best decision I’ve made. I’ve been voted the Player of the year for the last two years and have won the Scottish Championships two times.

The club has changed a lot since I first joined, especially this year. I have become the club chairman and we have introduced more coaching at our sessions. Our biggest change is the start-up of Scotland’s first ladies team which I coach. With the ladies, we have more than doubled the players at the club!

I love the Guerrillas as a club, and schedule plans so I don’t have to miss a Monday night training because the buzz from playing is unreal. It’s a great atmosphere with no egos and the players are really welcoming. The club is much more than just the game though, I consider the players an extension of my family and know if times are tough someone will be there to help out.

Dodgeball is such a simple game – no special equipment or prior knowledge is needed, you can just turn up and get involved. A lot can happen in a 3 minute game – it’s so fast paced; I love it!

I was 9 years old when I started Sooyang Do for the first time. I’m learning Sooyang Do because I wanted to learn the art of Self Defense.

I started Sooyang Do as an extra curricular activity with some of my friends and I enjoy it in many different ways. For example, it helps me keep fit and has taught me to become more confident and disciplined in my everyday actions. Sooyang Do also benefits me physically and mentally helping my body and mind. I have learned the value of respect and understand the importance of humility and integrity. When I am older I want to become a Black Belt and become a junior leader or even become an instructor later on in my Sooyang Do career.

I first heard about Dodgeball as I now know it after one of my close friends went along to the Granite City Guerrillas sessions and encouraged me to go. At first I was apprehensive and a little dismissive, my knowledge of the sport was through school PE classes and to be honest I thought it was a bit of a joke. I soon realised how wrong I was! They say there are 5 Ds of dodgeball (Dodge, Duck, Dive, Dip & Dodge) but I can assure you there is a lot more to it. Dodgeball is a sport that takes cardio, squatting, running, jumping, throwing, catching and teamwork and somehow mashes them into something different, diverse, enjoyable and accessible to anyone.

Since day one of joining the club my love for the sport has blossomed and grown week on week. A journey from dismissing the sport as a joke has now taken me to a spot on the clubs A team, playing the 2014 UK championships, captaining the 2016 UK championship and playing in the Scottish championships. I’ve recently taken on the role as club treasurer allowing me to do my bit for the club helping to grow the sport in Scotland. Most of all Dodgeball has given me the chance to meet great new people and a reason to look forward to Mondays.

Dodgeball can be a little intense on the first session. Games are fast pace, energetic and small mistakes on either side can easily cost a win. Just like any sport mastering it may take a little time, I didn’t make a single catch for at least 4 or 5 sessions, however no matter your fitness or age you can get involved and be guaranteed some healthy exercise and buckets of fun.

Dodgeball really is a sport for the Average Joe.

My name is John Ford, I’m 53 years old and love to take part in sports. I practiced judo for over 30 years, before having to give up due to injury. As an alternative, Sport Aberdeen offered me lots of options to keep fit.

I currently take part in Bodyblast and Absblast classes every week at the Jesmond Centre. They keep me in shape and help me push myself physically.