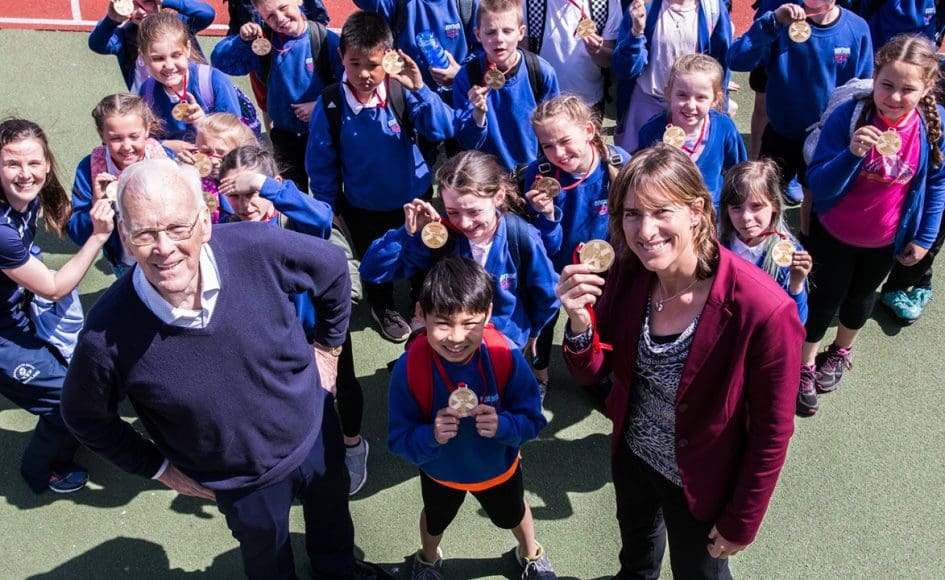 Around 1,400 pupils from 45 city primary schools converged on Aberdeen Sports Village on Friday 25 May, as the annual Aberdeen Youth Games culminated in a Festival of Sport.

In the run up to this year’s Aberdeen Youth Games, children from all 45 schools were given the opportunity to submit a medal design for the games.

The winning entry was that of Ryan Lee, a P5 student of Middleton Park Primary. Ryan’s design was selected from a shortlist of 10 entries which was narrowed down by a panel of 5 judges.

As the winner of the competition, Ryan was presented with a bespoke copy of his winning design as well as having it feature as a logo on all this year’s certificates. The prize was awarded by Sir Ian Wood and Dame Katherine Grainger.

“The panel was very impressed with the high standard and range of designs submitted for this year’s competition.

“We chose the winning design based on its professional look fitting of a high-profile sporting event.

“We particularly liked the logo and trophy on the backdrop of the Scotland flag as it captures the significance of the Aberdeen Youth Games’ which we believe deserves to be recognised nationally for its celebration of sport amongst primary school aged children.”