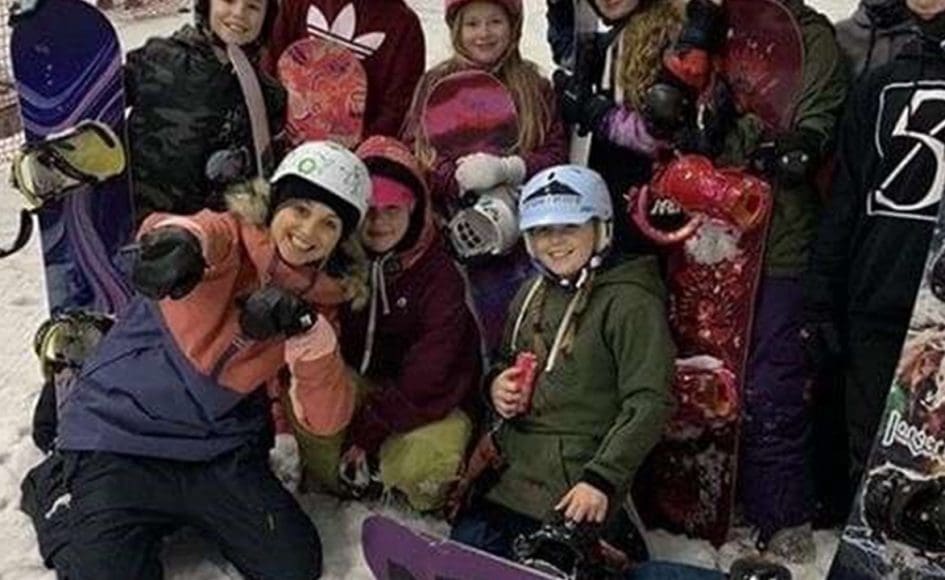 21.12.18
Next Article: Festive Food and Fun comes to Beach Leisure Centre this Christmas

The invite came after a recommendation from Abby’s Go Beyond Park & Pipe coach, Euan Baxter.

The event which took place on 13 December at London’s Hemel Hempstead Snowcentre consisted of a warm up led by Aimee and an hour long session on the slope. This was followed by a series of interviews and a photoshoot with the athletes.

The whole event was documented by Sky Sports and broadcast on Sky Sportswomen on Tuesday 18 December.

This experience was the icing on the cake following a year of achievements for Abby who said:

“I really enjoyed the event, it was great chance to be able to ride with Aimee and all the other girls!”

2018 saw her come first in the Scottish Dryslope Open Championships and the Cairngorm Outdoor Championships as well as the under 16’s ‘Go Big or Go Home’ competition in Aberdeen. Aimee is also Sport Scotland’s overall Triple Crown Champion for 2017/2018.

Next Article: Festive Food and Fun comes to Beach Leisure Centre this Christmas