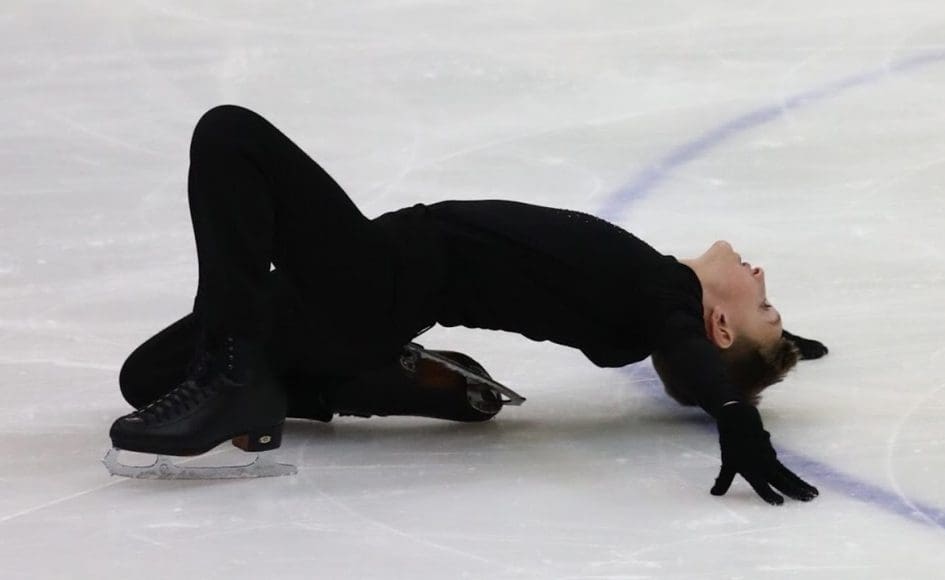 1.11.19
Next Article: My Journey With Sport Aberdeen: Yasmin Perry

12-year old Mackenzie Reid has had an amazing journey with Ice Aberdeen. He completed all the Learn to Skate levels in just one year and has achieved much more through his journey which began with Sport Aberdeen. Read Mackenzie’s story below to find out more about his experiences and achievements at such a young age.

“I began ice-skating when I was 10 years old. My older sister, Marissa, had just begun attending the Sport Aberdeen Learn to Skate Programme and had signed up to the Ice Aberdeen camp during the October holidays. I was so amazed at what she could do, it inspired me to also attend the camp. I went along for two hours each morning for a week and, with a gymnastics background, I progressed very quickly! I completed the Learn to Skate levels in about a year.

As I was finishing the Learn to Skate programme, I knew that I wanted to progress further, so I began having private lessons with my coach, Ann Cronin. It was at this point that I began to accelerate with my development. I trained most days (both in the morning before school and in the evening) and within three months I had competed at my first competition at Murrayfield, Edinburgh. I competed in Free Skate, Free Dance and in a couple’s dance event. I was delighted with my results which allowed me to quickly move up various levels. Shortly after that, I competed in Aberdeen and again was very happy to win my first trophy for my Pattern Dances. 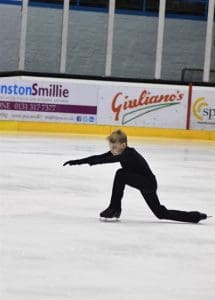 My coach then suggested that I spend time training with another coach in addition to her, so I began regular sessions with Jon Behari. With both expert coaches working with me, I was able to gain more skills and my development soared.

Since that time, I have competed in Aberdeen, London, Sheffield, Amsterdam and Edinburgh again. On each of those occasions I was able to build up my experience and learn by watching the other excellent skaters as they performed. Participating in competitions helps me to set achievable targets, to meet people from all over the world and to visit new places. 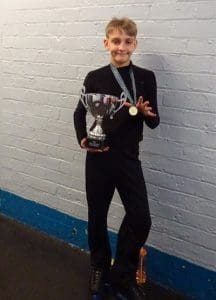 I feel lucky to have been involved with both the Summer Spectacular Performance and the infamous Christmas Show at Sport Aberdeen’s Linx Ice Arena. It was such fun performing with various groups of skaters and to perform skills which I would not ordinarily do in a solo or duet performance. I was also fortunate enough to be able to perform as both a soloist and with a partner during these shows.

My advice to younger skaters would be to keep trying, have fun and to work hard to achieve your goals. I have made lots of friends, particularly since starting the coaching programme, and it is wonderful to learn with your friends and to support each other as we progress.

All of these amazing experiences, and the first class coaching and encouragement I have received has helped me to become the skater I am today. My motto for success is to ‘Keep jumping!’ Even when I fall over, I get up and jump again until I nail it!

I absolutely love ice-skating and hope to continue for many many years to come.”

If you want to get involved with Ice Aberdeen, click here.

Next Article: My Journey With Sport Aberdeen: Yasmin Perry