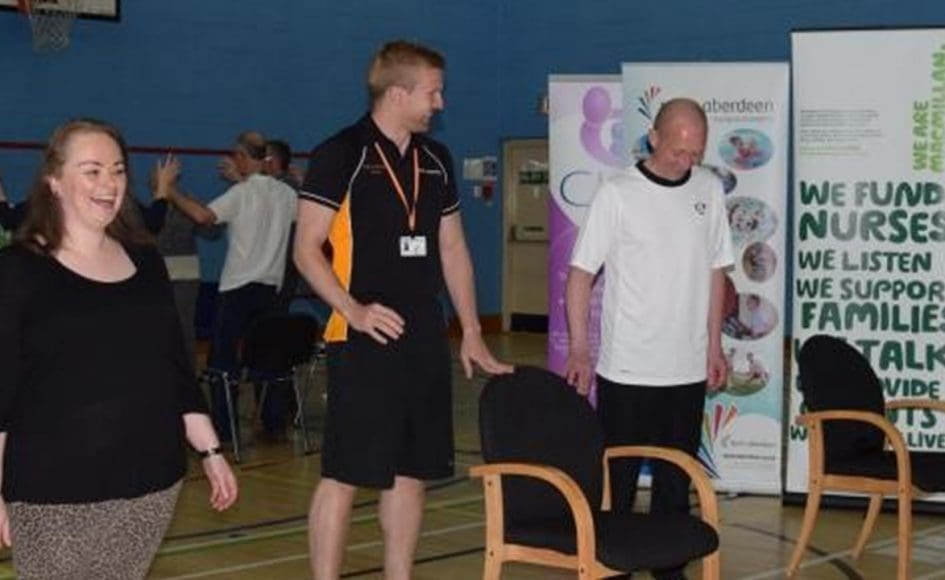 An Aberdeen project which helps people affected by cancer get active has welcomed its 100th participant to the programme.

The programme has just seen the 100th participant join one of its walking groups which provide a fun and sociable way of getting more active, while getting outside and enjoying some fresh air.

Around half of the participants on the programme have completed a 12-week session and a fifth have carried on to take part in a further one or two activities.

As well as helping people cope with the side effects of treatment, it also provides them with an opportunity to meet others in a similar situation and reduces the loneliness and isolation that the disease can create for those affected.

Penny Morrice, from Aberdeen, took part in a Move More Aberdeen circuit class after being diagnosed with breast cancer a year ago.

“What I found difficult was getting over the shock of having something wrong with me because I felt perfectly well,” she says. “I didn’t really take very kindly to having to have surgery and radiotherapy.

“By the end of the treatment, I was getting fed up and someone from the radiotherapy department suggested I join a Move More class.

“I had joined the gym earlier on that year but the treatment and everything else had got in the way. I was really happy about the idea of getting back to doing exercise and it was actually the best thing I have ever done.”

The 63-year-old grandmother signed up to the Move More circuits group at Sheddocksley Sports Centre.

“There had been all this publicity about breast cancer and cancer in general, especially for women, that if you lost that wee bit of weight and got fitter it would help your chances. I still believe anything I can do that stops the cancer coming back again, I will do.

“For me it helped my mental attitude more than anything. Doing exercise makes you feel good and as you get fitter you feel better. It’s a positive circle.

“It has been so beneficial. I’m much more positive, I feel fitter and it’s also the people. They have all been in the same situation. None of us talked about what we had been through but you could see everyone improving as the weeks went on.

“We all looked after each other to a certain degree and it was a very, very friendly class.”

“The programme demonstrates the benefits of remaining active for people affected by cancer and it is important we continue to work towards integrating physical activity into routine care for those living with and beyond cancer.”