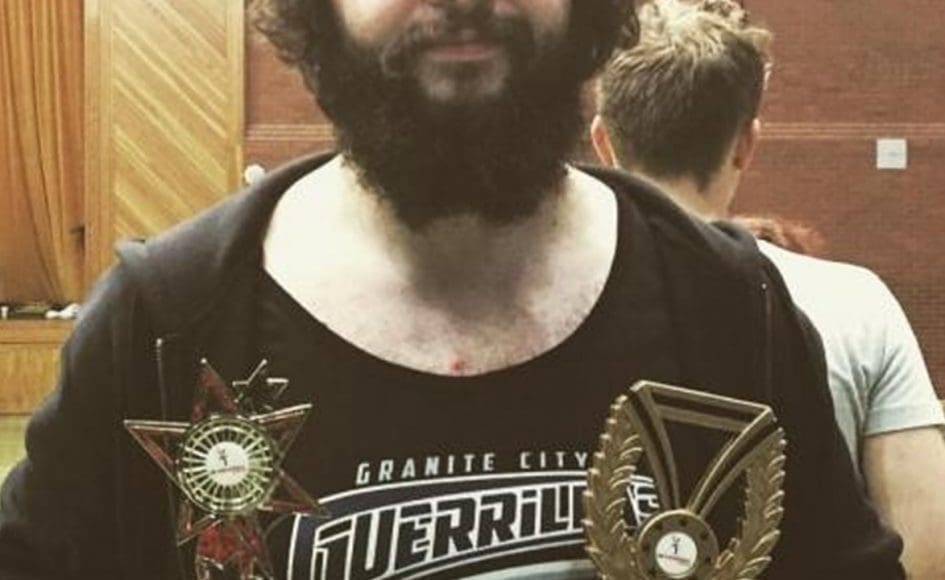 Despite suffering defeats to Leicester Ligers (the favorites) Hinckley Revolution and Bedford Mighty Eagles (the eventual winners), the Jesmond Sports Centre based side gave incredibly good accounts of themselves against opposition with far more resources.

The team put on some impressive performances throughout the tournament against high class opposition, particulalry in a final playoff with Welsh Champions the Cardiff Dragons, with a final defeat cruelly forced upon them in just the last 6 seconds of overtime.

The Scottish Champions did not return empty handed however with two of the sides players picking up UK Dodgeball Association end of year awards! Gary MacDecent was selected for Male Personality of the Year with Pete Watt selected for Clubman of the Year. This alone is a huge achievement for the club given the standards of the opposition, with awards assigned via player votes. The Guerrillas are looking forward to capitalising on they’re rapid growth at the Jesmond Sports Centre!