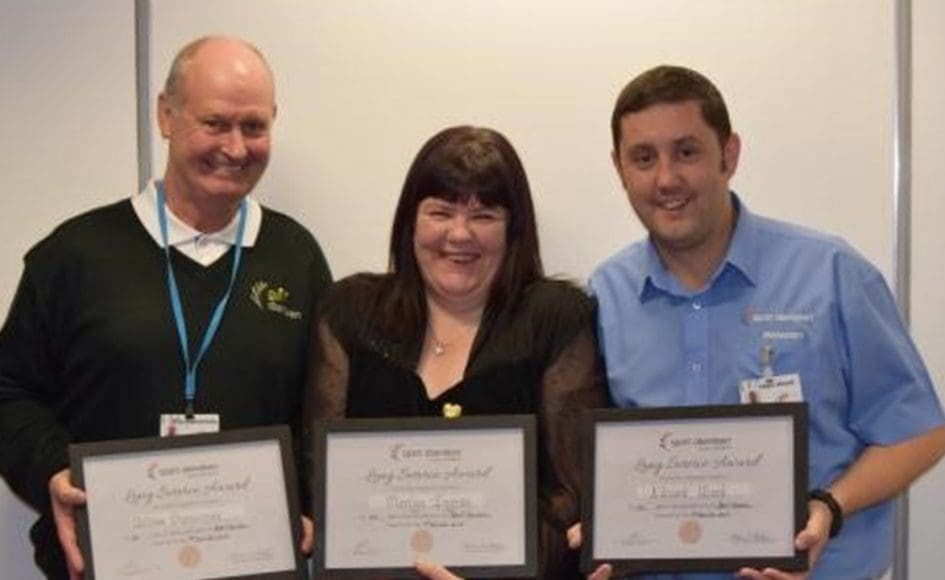 A selection of staff at Sport Aberdeen have celebrated over two hundred years of service.

The eight employees were recognised during a Long Service Awards presentation at the Inspire Building on 2nd December.

The employees were presented with their awards before members of the Sport Aberdeen Board who were delighted to recognise their impressive milestones and years of hard work.

Human Resources & Organisational Development Manager, Nickie Scorgie, says their knowledge and insight are invaluable to both the company and the City of Aberdeen and the award is a symbol of our recognition.

Human Resources & Organisational Manager, Nickie Scorgie, said, “It is with great pleasure that Sport Aberdeen can boast over 100 years of experience between just three employees. Their knowledge and insight are invaluable to both the company and the city of Aberdeen. But more than this, they embody hard work and determination as evidenced through their years with Sport Aberdeen. As a company, we cannot thank them or congratulate them enough for their endeavours.”

The complete list of long service awards are as follows:

Next Article: Table Tennis On The Rise