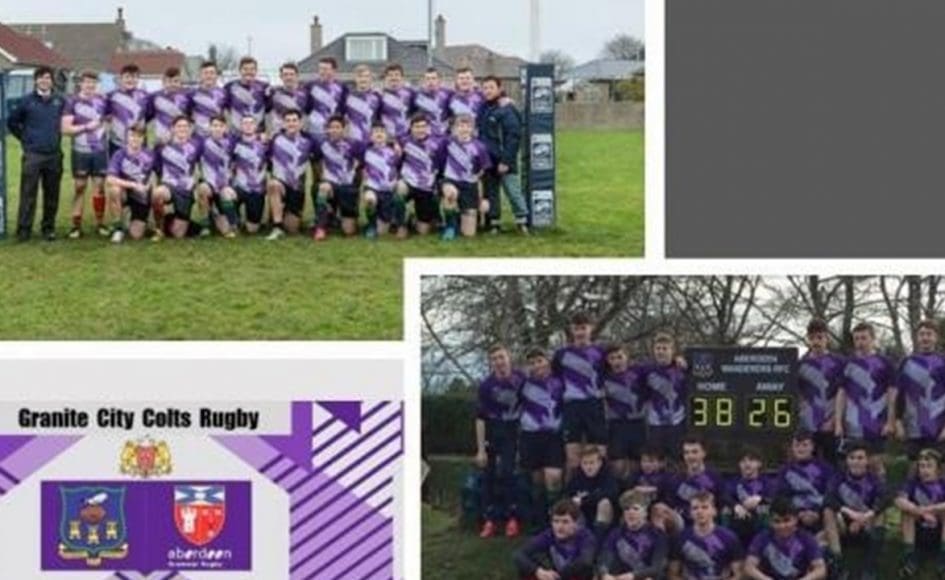 Aberdeen Wanderers RFC and Aberdeen Rugby have merged as part of a Sport Aberdeen initiative to form a City-wide Youth Rugby squad to enter the SRU Caledonian Cup Youth Competition.

Under 15, 16 and 18 levels are now sitting together to form the Granite City Colts.

Negotiations have been ongoing for the last year in a bid to bring together youth sections of all three Aberdeen rugby clubs.

Aberdeen Wanderers RFC, Aberdeen Rugby and Aberdeenshire RFC have been in talks with the long term plan hoping to see all youth rugby from S1 through to U18’s within the area come under one club.

The Caledonian Youth Cup welcomes teams from an extensive area of Scotland, from Dunfermline to Orkney, with the final taking place on April 30th in St Andrews.

“The amalgamation of these sections into one youth city “super squad” club is a fantastic opportunity to nurture and grow players.  It will create opportunities to further develop their talent. I also hope that through training with successful teams, we can inspire more young people to pursue their sporting ambitions.”

“This is a credit to everyone who worked hard to make this happen, including coaches, players, teams and our Rugby Development Officer. Aberdeen is known for its enthusiastic support of grassroots Rugby and we have very high hopes for the future of the Granite City Colts.”