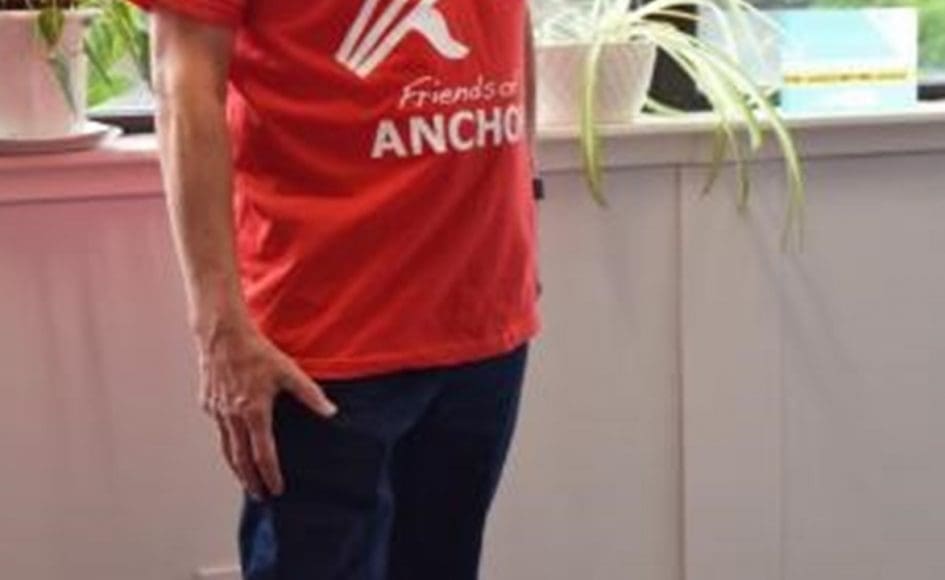 Over the last five years, Courage on the Catwalk has been a major event for the charity, seeing hundreds of women take to the stage to raise money and awareness, and for the first time it’s time for the men to shine.

Bill Hendry, 66, was diagnosed with non-Hodgkin’s lymphoma in January 2011 and after six months of intensive treatment he returned to work for Sport Aberdeen in September 2011.

He has worked at Sport Aberdeen’s Beach Leisure Centre for over 15 years, saying being surrounded by positive people in an exciting environment, mixing with people from all across the city helps to keep him energised’.

Every penny raised from BRAVE and Courage on the Catwalk, held at The Beach Ballroom, will go directly into helping make North-east cancer and haematology care the best it can be for those receiving treatment at the ANCHOR Unit, ARI.

Speaking ahead of the event Bill said:

“I am now back at work and in remission, using my days off to attend ongoing appointments at ARI. Working at Sport Aberdeen’s Beach Leisure Centre and being surrounded by youngsters really keeps me feeling young and energised. “

“We’re all in awe of the strength with which Bill has shown in beating this life-changing illness. Sport Aberdeen is 110% behind him as he raises money for Anchor and awareness of the work undertaken by the charity.”

“After being successfully treated by the most amazing doctors and staff here in Aberdeen, the cancer came back in 2015. That was two years ago and I am currently taking part in medical research trials and taking a new experimental drug. When I was asked whether I would like to take part in the trial I said yes straight away, it was a no-brainer, I didn’t want to lose my hair again!

The team that treated me in Aberdeen were fantastic, I really can’t speak highly enough of them.

I am now back at work and in remission, using my days off to attend ongoing appointments at ARI. Working at Sport Aberdeen’s Beach Leisure Centre and being surrounded by youngsters really keeps me feeling young and energised.

If you had told me five years ago that I would be taking part in a catwalk and learning poses and half-turns, I would have laughed and bet you a lot of money that that would never happen!

But here we are. There are 24 of us taking part in the Brave show all together, this is the first year us men have been involved in the fundraising event. We range in age from 18 to 79 years old, but we are all set on raising money and having great fun at the event.

We have had several rehearsals in the run-up. Premier Productions have been putting us through our paces and its brilliant, so professional!

“Nothing gets me down. My slogan for the Brave catwalk is simple: Be positive, fight cancer.”

It is a real pleasure to be taking part in this event with the 23 other inspirational men – and of course all the women taking part in Courage on the Catwalk. We are doing this to raise awareness and money, and every penny goes straight to help the cause.

I have been married for 39 years and the support my wife and daughter, who volunteers at Courage on the Catwalk, have given me over the years is truly heart-warming. I want to raise awareness and money for the next generation, for the next person to fall ill to this disease and the families that support them.

This is such an important event. Every single penny raised will go towards building a new unit which will help so many people in the future, and help the incredible team of doctors and nurses in Aberdeen to carry on the life-saving work they carry out every day.”