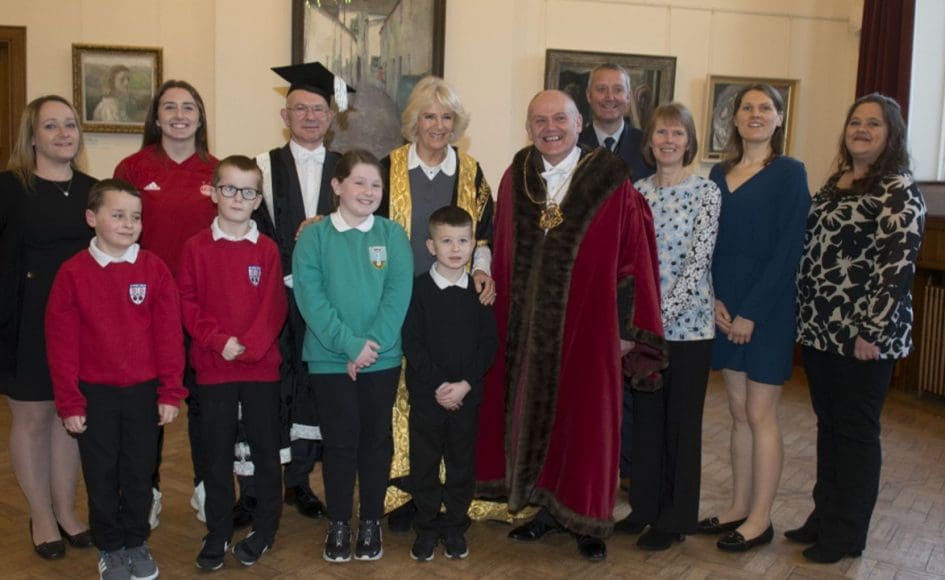 20.2.19
Next Article: New adult gymnastics class will leave you beaming for more

An initiative to beat hunger in the school holidays has recently been recognised for its outstanding service to the community, at the installation of the new Principal and Vice Chancellor of Aberdeen University, Professor George Boyne.

The project was presented with the inaugural University of Aberdeen Principal’s Award for Outstanding Service to the Community, at the ceremony conducted by the Duchess of Rothesay, Camilla Parker Bowles, at Elphinstone Hall, King’s College on 16 January.

“For Food and Fun to be recognised at such as prestigious event as the Installation of the Principle and Vice Chancellor of the University of Aberdeen was a great honour.

“The project has made an enormous positive impact on those most in need during the school holidays and has only been achieved by the range of partners working collaboratively and sharing their expertise. Sport Aberdeen is proud to be a partner of this Aberdeen City Council project.”

This recognition follows on from Food and Fun’s success at the 2018 Aberdeen’s Sports Awards, where the project deservedly won the Community Sports Project of the Year Award.

The Food and Fun project which is supported by Sport Aberdeen, Community Food Initiative North East (CFINE), Police Scotland, sportscotland, Aberdeen FC Community Trust (AFCCT) and the Russell Anderson Foundation, was originally initiated to combat ‘holiday hunger’, the serious problem of children who rely heavily on their daily free school lunches that are not available to them over school holidays.

Next Article: New adult gymnastics class will leave you beaming for more