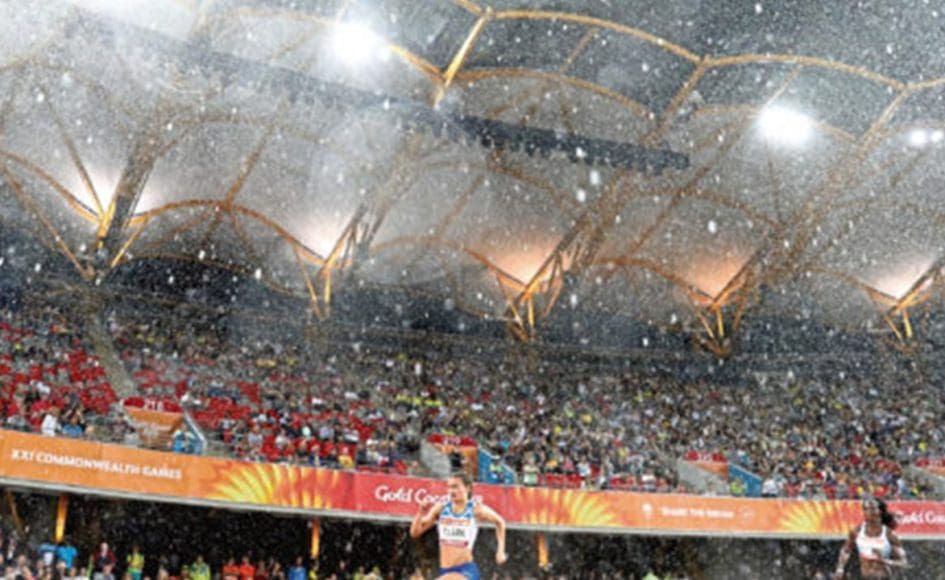 14.6.19
Next Article: Dancing on Ice Stars return to Aberdeen for Summer Spectacular

The future of Aberdeen’s Sports Awards has been secured after the Evening Express agreed to take on the event.

This year will be the 26th edition of the annual ceremony recognising the Granite City’s sporting heroes, from world-class athletes to the many clubs, coaches and volunteers in the community.

The Active Aberdeen Partnership (AAP) – who lead sport and physical activity in the city – have run the awards previously, but were forced to prioritise other areas, leaving the event with an uncertain future.

However, they will now go ahead on Thursday October 3 at P&J Live – Aberdeen’s new exhibition and conference centre.

Evening Express editor Craig Walker said: “The Evening Express has been a key partner in the sports awards since Alistair Robertson and his team at Sport Aberdeen approached the paper and we became media partners, helping promote the event and its different award categories and lifting the event to become the standout night to celebrate north-east sporting success.

“Thanks to the many sponsoring partners and the organisations that make up the AAP, it really has gone from strength to strength.

“The Evening Express champions local sport, from grassroots to elite, from schools competitions to world and Olympic level and the awards are a perfect fit for us.

“We look forward to continuing our excellent relationship with the AAP and we’re looking forward to taking Aberdeen’s Sports Awards to the city’s new event complex at P&J Live on October 3 for what will be the first event of its kind in the venue.

“We are also delighted to welcome our headline sponsors Fantastic Fanatics.”

The awards in their current form were established in 1994, when the Aberdeen City Council, Chris Anderson Trust and Sports Council awards were brought together in one ceremony.

In recent years, the main Sports Achiever of the Year prize has been dominated by athletes who’ve excelled on the international stage.
Sprinter Zoey Clark has won two years in a row as a result of relay medals at the World Championships and World Indoor Championships.

Speaking on behalf of the AAP, Alistair Robertson, managing director of Sport Aberdeen, said: “Over the last 25 years, Aberdeen’s Sports Awards have celebrated the city’s wealth of sporting talent and recognised the many clubs, coaches and volunteers that make an invaluable contribution to participation and community engagement.

“Championed in recent years by the AAP, I am now delighted to announce the awards will be taken forward by our commercial partners, the Evening Express, who will oversee the organisation and delivery of future editions of this important and highly valued event.

“I know the committed team at the Evening Express will do a fantastic job, continuing to shine a light on the sporting achievements at the heart of our city. From grassroots and community-driven sporting achievements, to those who progress to represent the north-east with pride on the national and international stage, all inspiring others to follow in their footsteps.

“We look forward to working closely with them to promote another exciting event in 2019.”

Nominations for this year’s awards are now open and close on Sunday August 4.

The categories and criteria for each section are listed to the right.

One big difference in the categories this year is the removal of the Disability and Junior Disability Sports Achiever of the Year sections.

Just like in 2017, when the separate Male and Female Sports Achiever of the Year prizes were combined, the judges have made this decision to promote inclusivity within sport.

Athletes’ will rightly be judged on levels of success within their own discipline, regardless of whether it is able-bodied or para competition.

Another difference is the separation of Coach of the Year into Community/Participation and Performance sections.

The aim of this is to give the judges the chance to recognise the people who have helped athletes achieve glory in elite competition, without ignoring those grassroots coaches – often volunteers – who dedicate their time to providing sporting opportunities to the Granite City public, young and old.

To nominate an individual or club you think are deserving of one of Aberdeen’s Sports Awards, visit www.aberdeenssportsawards.co.uk

Next Article: Dancing on Ice Stars return to Aberdeen for Summer Spectacular