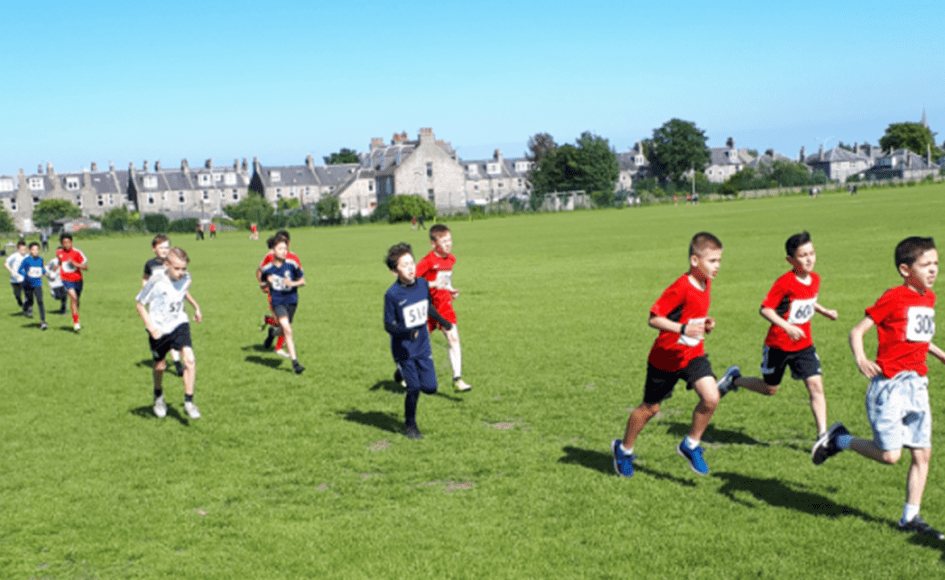 25.6.19
Next Article: Over 4,000 Aberdeen children got into the ‘swim’ of things during Drowning Prevention Week

A month-long series of fun runs, bringing together children from across Aberdeen, has seen a record number of participants taking to the track this year.

The 2019 Fun Run Series, run by Sport Aberdeen’s Active Schools Team, saw over 800 pupils from a staggering 47 schools take part in the programme which took place over a four-week period from May to June this year.

The programme, which is free to all children, is designed to allow pupils from schools across Aberdeen to take part in a fun event which encourages them to participate in sport and physical activity with the added excitement of a little healthy competition amongst peers.

Over 700 children completed three or more races, receiving a participation medal for their commitment and hard work.

Yesterday (Wednesday 19 June) the series culminated in a Champion of Champions event which took place at Harlaw Playing Fields where pupils from P4-P7 with the fastest running times from the series were invited to compete against each other.

The total distance covered by all pupils who took part in the events from this year’s series is a whopping 2,470 km, which is the equivalent of travelling from Aberdeen to Moscow.

“This year we have had fantastic representation of schools from across the whole city, with record numbers of pupils participating in the programme. To have 47 schools involved, including some Academy and Orchard Brae pupils, is an incredible achievement.

“It’s great to see so many pupils showing a passion for running and the series would not be possible without the constant support of the Active Schools Coordinators and all the volunteers who help bring the annual event to life.

“The Champion of Champions event was a brilliant end to the very successful 2019 programme and has everyone excited for another active year ahead. The series really highlights the local talent here in Aberdeen and through encouraging and supporting each and every one of our young runners, we can look to foster the next generation of local sporting stars and encourage increasingly more children to get active through fun events like this.” 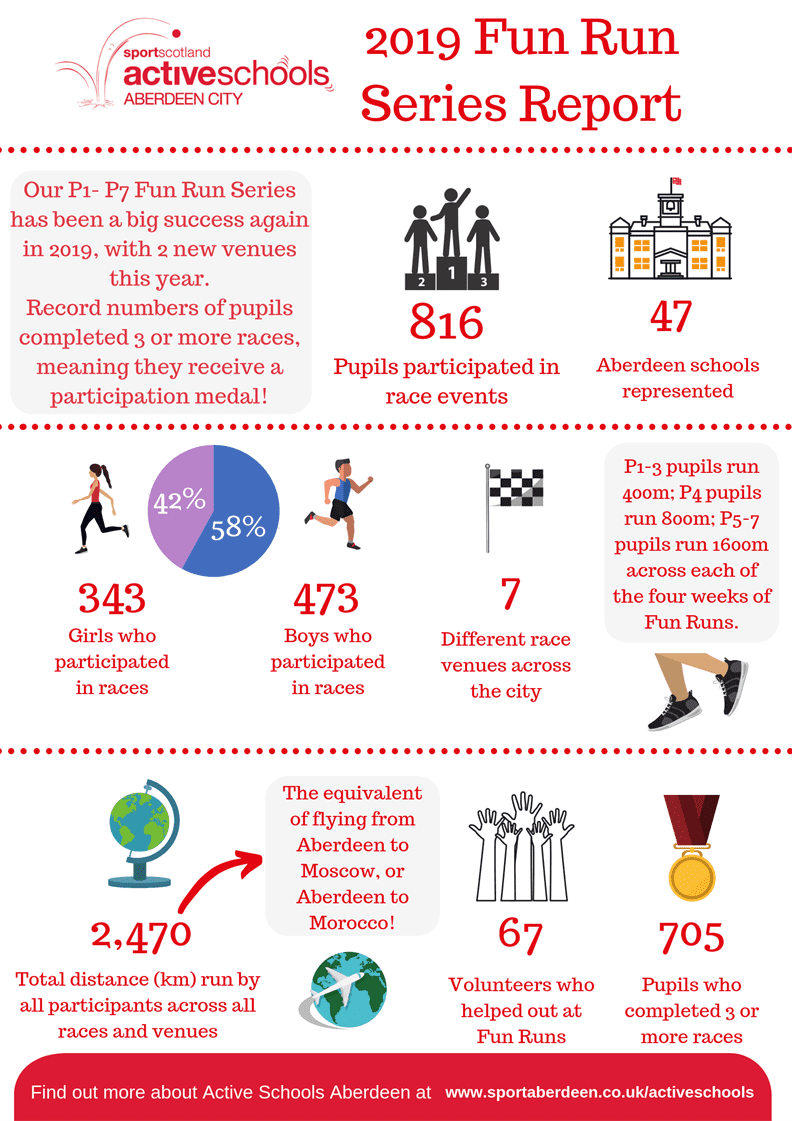 Next Article: Over 4,000 Aberdeen children got into the ‘swim’ of things during Drowning Prevention Week