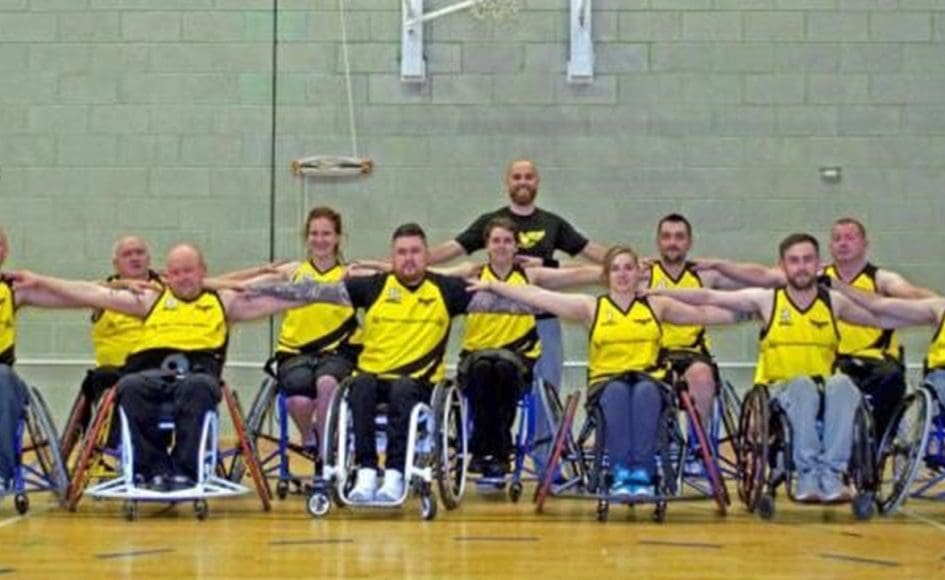 Playing against established teams from across Scotland, the Grampian Flyers beat the odds and smashed the league table, losing only one game in the matches.

This season BasketballScotland formed the Wheelchair Development League to create a Scottish league for wheelchair basketball and invited teams from across the country to enter, being the first of its kind in Scotland.

The Grampian Flyers entered the league, making it the first time the team had played competitively. Facing other clubs that have previous competition experience, Grampian Flyers began their journey in October and quickly proved they were the team to watch.

At the end of the matches the Grampian Flyers were top of the table with only one loss across the board.

The hard work and determination of the players and their coach proves the Grampian Flyers are the team to watch moving forward.

“It’s very exciting to see how far the wheelchair programme has come over the years. From starting with only three members and some rusty borrowed chairs to winning the Scottish league and having players represent Scotland at junior, U23 and Senior levels.

“I’m very proud of all the work that goes on behind the scenes to make this team operate and all the support from the local community to help raise awareness. Next year we aim for bigger and better opportunities, moving into a league that is south of the border to compete against higher level teams. This will be a big challenge for our players but I’m confident that they will rise to the occasion.”

“As a player, having been at the club for over three years now it has been hard work as a team getting to where we are now, but with the support of our club and coaches going forward it is all very interesting and challenging.

“In the past year we have had support from some great local sponsors which helped us get new chairs and kits. Going into the season ahead I would say everyone is looking forward to the challenge of playing against stronger teams south of the border which will definitely help this club develop.

The Wheelchair Basketball team meets every Monday at the Beach Leisure Centre, Aberdeen: Ages 8–14, 7–8pm; Ages 15+, 5.30–7pm and is open to a variety of physical abilities.