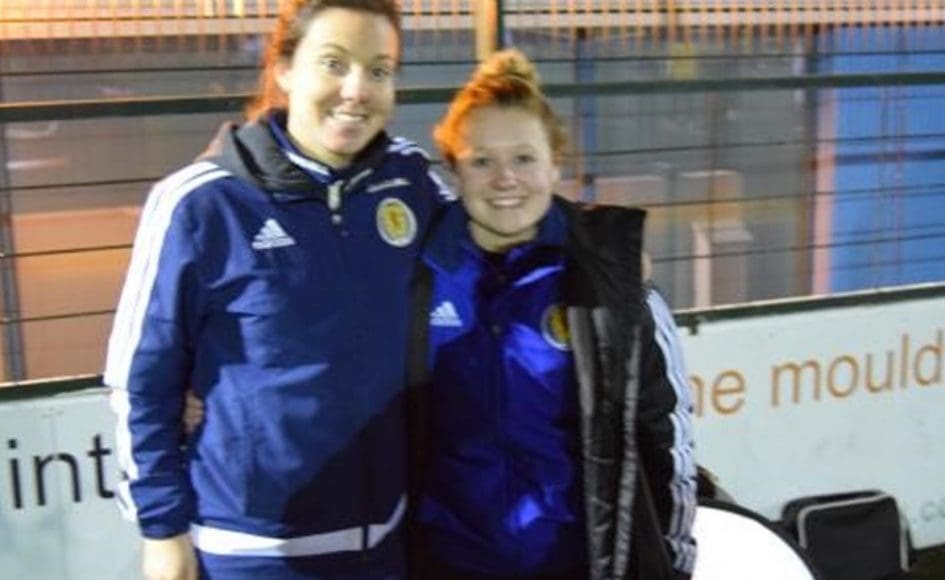 A Scotland International returned to her hometown to visit a girls Football Festival in Aberdeen.

Rachel Corsie visited the Senior Girls Football Festival which was held in conjunction with a number of schools, Sport Aberdeen and SportScotland on 6th December.

Over 70 girls attended the session at the Banks o Dee Football Pitch which included teams from Harlaw, Cults, Bucksburn, Kincorth, Torry and Northfield. The festival included a 6 team round robin tournament which Harlaw won on goal difference.

Special Guest Rachel Corsie has over 80 caps for Scotland and plays in the USA for Seattle Reign FC. She led a Q&A session where she revealed her favourite player was David Beckham.