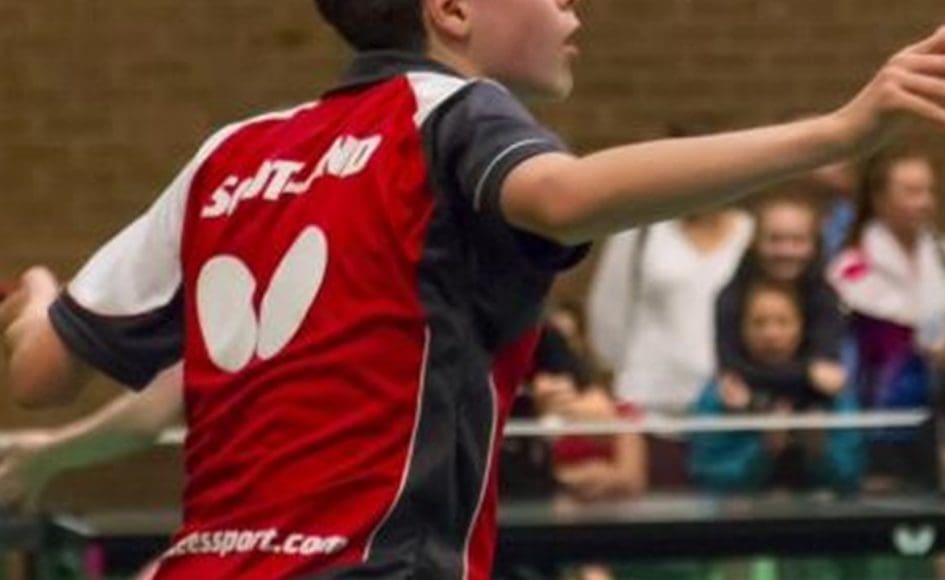 A budding young Table Tennis athlete continues to impress on the National and International circuits.

Dylan Curry has had an impressive year on the table and the young athlete is already preparing for next year where he hopes to be even more successful.

13 year old Dylan, from Banchory, only took up the sport of Table Tennis 4 years ago and now trains 15-20 hours per week across two venues. Much of his time is spent at Aberdeen Sports Village whilst the remainder is spent at Sport Aberdeens’ Westburn Outdoor Sports Centre.

He has continued to make progress and as a result, is now ranked number one in the Scottish Rankings in the under 15 category. Currently the National Champion, he also plays for the Scotland National Team where he won bronze in both the singles and team competition in June.

Dylan would then impress further by putting in a great performance in the 58th European Youth Championships in Bratislava, where the Scotland team would defeat Switzerland and Malta to finish runner up in the group.

In October Dylan competed in a major competition in England where he again impressed on the way to collecting a silver medal.

Sport Aberdeen is proud to support local talent like Dylan and his success in 2015 is just rewards for the time and effort he dedicates to his craft. 2016 will hopefully bring even more success, watch this space!