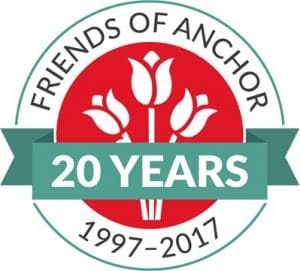 A local charity, providing the very best treatment, care and support for North-east patients affected by a cancer diagnosis, is set to receive an impressive sum of money raised by attendees at a local awards ceremony.

Friends of ANCHOR was chosen as 2017’s charity to receive money raised by guests and finalists who attended Aberdeen’s Sports Awards in October, hosted by the Active Aberdeen Partnership.

A total of £2523.07 was raised for Friends of ANCHOR at the annual awards ceremony which welcomed over 400 guests and a host of the North East’s finest sporting finalists, hoping to take top spot in one of the 18 categories up for grabs.

Neil Fachie and Hannah and Patrick Miley were guest speakers at the event which took place at the AECC, with Fachie appearing as Aberdeen’s Sports Awards first ever ambassador.

2017 is a particularly special year for Friends of ANCHOR as it marks 20 years since the charity began; a charity with a vision to help make cancer and haematology care in the North-east of Scotland the best it can be.

Every penny donated to Friends of ANCHOR goes directly to the cause as all of the charity’s running and administration costs are covered by Balmoral Group.

“Each year Aberdeen’s Sports Awards appoint a local charity to be beneficiaries of money raised at the annual event. The awards not only serve to recognise and celebrate our sporting superstars but also to highlight the fantastic community driven work that goes on day after day in Aberdeen.”

“We are truly grateful to the Active Aberdeen Partnership and to everyone who contributed to this fantastic fundraising total for Friends of ANCHOR.

“Every penny raised will go directly to patients in the ANCHOR Unit at Aberdeen Royal Infirmary as all of the our running and administration costs are generously covered by our founding supporter, Balmoral Group.”

Next Article: Join Sport Aberdeen and ‘Workout for Water’