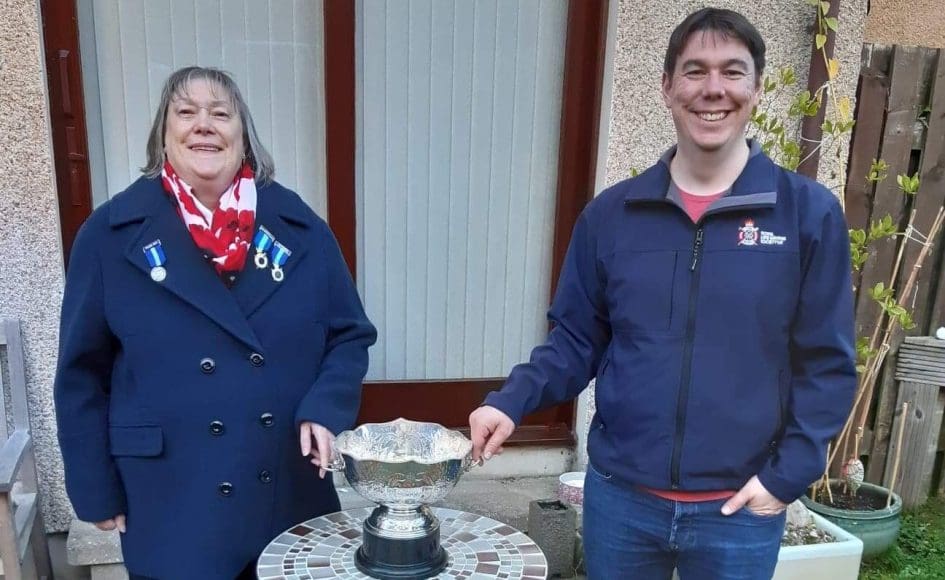 28.10.20
Next Article: Sport Aberdeen pedalling the way to a healthier north-east

A local volunteer has been recognised for his hard work and commitment to educating the community in drowning prevention and water safety.

Graham Dutton, an aquatics coordinator with award-winning charity Sport Aberdeen, has been actively involved in lifesaving for over 17 years and received the accolade at the Royal Life Saving Society UK’s (RLSS UK) Honours Ceremony earlier this month for his volunteering efforts.

The Stanley Peck trophy is awarded to a person who does their utmost to carry out the objectives of the society in their local area, in any capacity and is presented to people in the organisation who have carried out work either voluntary or paid, which push the organisations aims to educate and reduce drownings.

Graham has ensured that a number of aquatics safety courses have continued to run within Sport Aberdeen over the last few years and piloted a scheme within a school which saw 16 children achieve the Survive and Save Bronze award.

In the last two years he has chaired the Aberdeen Water Safety Group which was set up as a direct response to a tragic loss of life at the beach. This is a multi-agency group which Graham has a leading role within, delivering drowning prevention to schools and overseeing the installation of new signage along the Aberdeen beachfront.

Graham has also been nominated to receive the RLSS UK Medal of Distinction for his continued volunteering efforts.

“There are so many deserving people across the country who give up their own time to help educate and ultimately prevent water incidents and I am truly honoured to have received this award.

“For me the most important thing is to ensure that that the message of drowning prevention is spread, and the basic but invaluable skills are effectively passed onto each generation.”

“Through working with local leisure trusts such as Sport Aberdeen, we are able to reach more people from different walks of life and ensure that everyone has access to water safety education, something that can save lives and will allow people to enjoy the sport of swimming with more confidence.”

Next Article: Sport Aberdeen pedalling the way to a healthier north-east