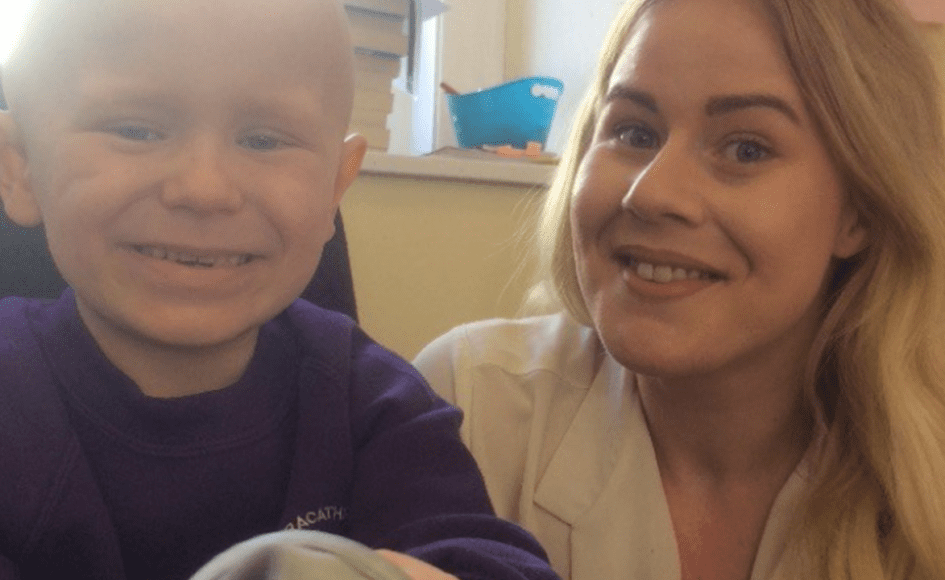 Dionne McCombie – a teacher at Stracathro Primary School – is running in this month’s BHGE 10K race alongside her husband to raise £300 pounds for one of the pupils in her school who is battling against cancer.

5-year-old, Carson suffers from Desmoplastic Medulloblastoma – Who Grade 5 Non Metastatic cancer and has spent the last 11 months travelling back and forth to Edinburgh Sick Kids Hospital with his family for surgery, radiotherapy and chemotherapy to treat the tumour on his brain.

Dionne, who has herself recently lost someone close to cancer, was keen to do whatever she could to show support for Carson and his family. Her and her husband Gavin have so far raised over £350 and hope to see this number continue to rise in the run up to the race.

On her motivation to raise the money, Dionne said:

“As a primary school teacher part of my job, I believe, is to inspire the children in my class. However, sometimes, it’s the children who inspire me, that is certainly the case with Carson.”

“It’s always great to see people using the BHGE 10K to raise money for a cause close to their hearts, whilst setting new challenges for themselves in the process. The support the race receives each year is inspiring and people like Dionne are shining examples of what the race aims to bring out in the community”

The BHGE10K takes place at the Aberdeen Beachfront on Sunday 20th May and is a not-for-profit event organised by Sport Aberdeen in partnership with BHGE.

Although charities including Aberdeen Cyrenians and Alzheimer Scotland are official affiliated charities, runners are free to raise money for any cause or charity they wish to on the day.