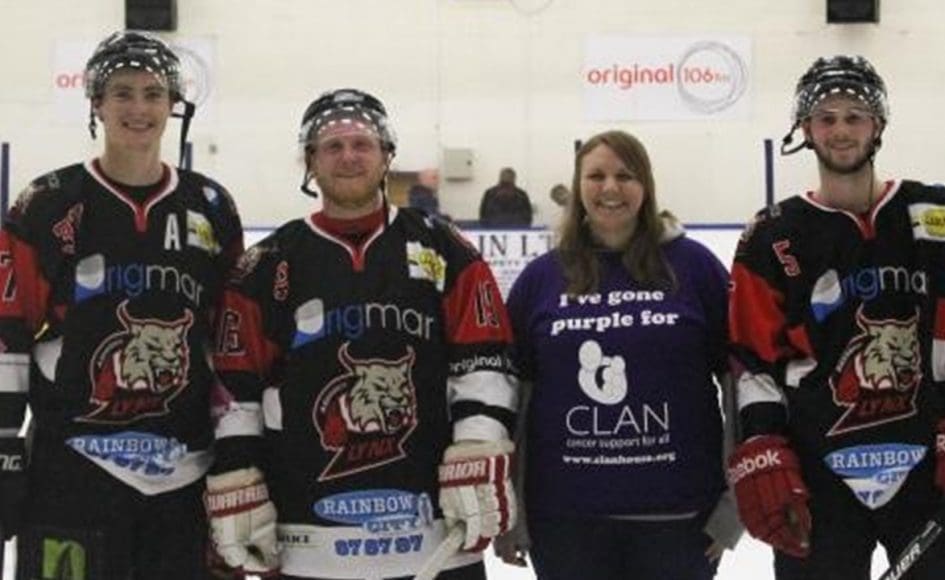 24.9.15
Next Article: Aberdeen to Host Under 21 European Netball Tournament

Aberdeen Lynx, who play in the Scottish National League, and are the second most-supported sports team in the city, will be raising money for CLAN Cancer Support throughout the 2015/2016 season.

CLAN, headquartered in Westburn Road, Aberdeen, provide emotional and practical support to people affected by cancer, their family, their carers and friends from 11 support and well-being centres across North-East Scotland, Moray, Orkney and Shetland.

Committee members and players of Aberdeen Lynx, which is a not-for-profit organisation, have been developing a number of fundraising ideas to take place at matches, including a Creepy Clothes for CLAN event, which will take place during the club’s game against Paisley Pirates at Halloween.

The club will also host a charity match against very special opposition, which will see the Lynx players wearing a special CLAN coloured jersey, which will be raffled off post-match and will also be available for supporters to purchase, with a donation from the selling price being made to CLAN directly.

Aberdeen Lynx Ice Hockey Club chairperson, Martin Hill, said: “CLAN’s support to all is a vital network in what are uncertain and emotional times, and Aberdeen Lynx are very proud to partner with CLAN so they can continue their valuable and tireless work.

“This is an exciting partnership for us and we are looking forward to our large and loyal fan base helping raise a lot of money for CLAN over the course of the season.

“The club has a number of fundraising ideas to implement from now until March, but on a personal level, I am undertaking the CLAN Landmark Walk around Aberdeen shortly and if I can raise enough money, could well be persuaded to take part in the walk as Lennox, the Lynx mascot. I also have a surprise fundraising idea in mind for the end of the season, which if it comes to fruition, could provide not only a boost to the fundraising tally but also very many belly laughs for those fortunate or perhaps unfortunate enough to witness the event”

Susan Crighton, CLAN’s fundraising manager, said: “We are delighted that the Aberdeen Lynx Ice Hockey Team has chosen CLAN Cancer Support as its charity partner for the forthcoming season.

“The team enjoys a large following and this new partnership arrangement will provide invaluable exposure for the services we provide throughout the north and north-east. Supporters should look out for the CLAN Mini, which is currently being raffled, at home games. Ourmascot, Clancy, is also looking forward to being a regular attendee.

“We are very grateful to the Aberdeen Lynx Ice Hockey Team for giving CLAN this fantastic opportunity and wish them every success in the games that lie ahead.”

Next Article: Aberdeen to Host Under 21 European Netball Tournament