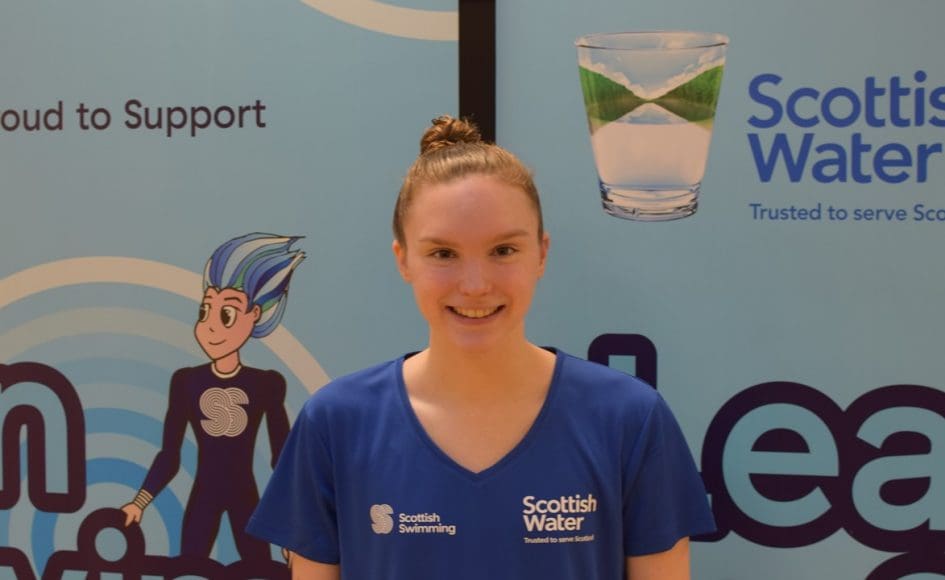 20.11.18
Next Article: Adventure Aberdeen gears up after securing substantial funding

Toni’s swimming story with Sport Aberdeen began in 2002 at the age of one at the Beach Leisure Centre, as part of what is now known as the Aquatics Aberdeen Learn to Swim Scheme. From there she moved to Northfield Swimming Pool where she continued her swimming lessons before progressing to club level swimming with the Cults Otters.

Since her Aquatics Aberdeen days, Toni has gone on to be Team Scotland’s youngest athlete at the Gold Coast XXI Commonwealth Games and won six medals at the Allianz European Championships in Dublin in August.

Commenting on her achievement, Toni said:

“I am really pleased that swimmers with disabilities are taught in an inclusive environment. It has been great to develop as a swimmer and be seen beyond my disability, this has helped me integrate into a performance environment where I get to train alongside the likes of Hannah Miley.”

Contributing to her remarkable year, Toni was also named Junior Disability Sports Person of the Year at the Aberdeen’s Sports Awards 2018 on 4 October at the AECC, which is an event run by the Active Aberdeen Partnership (AAP).

“We are delighted that Toni has been named as a Learn to Swim ambassador by Scottish Swimming. She is an excellent role model and we are proud to see a former member of our Learn to Swim Scheme achieving so much at such a young age.”

In addition, Aquatics Aberdeen deliver specialist classes for small groups of all ages, abilities and disabilities at six pools across the city. These classes ensure children and adults with additional support needs can take part in the same pathway as mainstream classes, but with additional support and resources where required in an environment appropriate to their needs.

These specialist classes include; ASN, PASN, deaf awareness, autism friendly, transition squad, older beginners, everybody active, water confidence, private lessons and one to one lessons for people with cerebral palsy.

Next Article: Adventure Aberdeen gears up after securing substantial funding