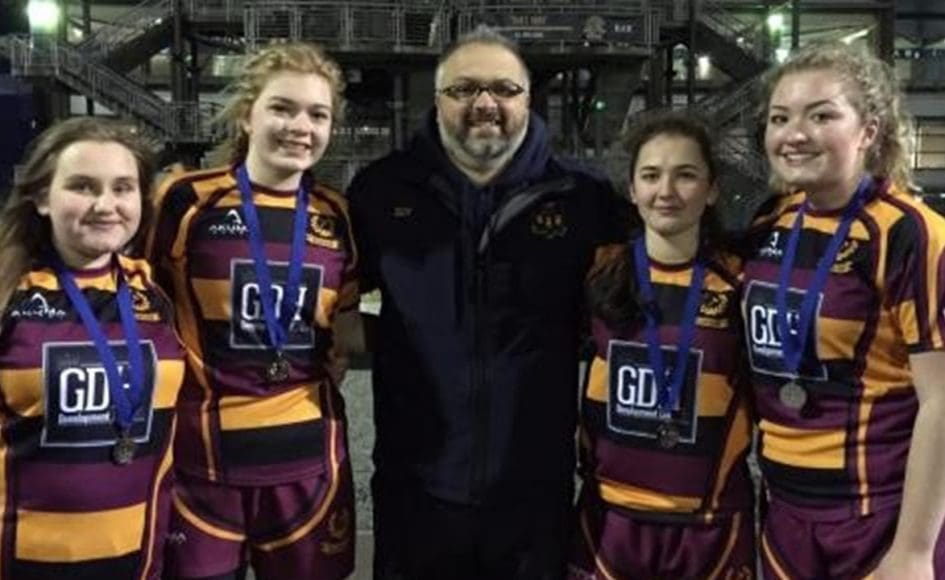 A local rugby side are boasting three major accomplishments across various levels.

Four of the Wanderers U18 Girls side combined with girls from Ellon, Huntly and Montrose for the Scottish Shield Final. Just a week after celebrating the one year anniversary since the first girls’ training session with Aberdeen Wanderers, the combined team travelled to Murrayfield for the final against Auchterarder on 25th March. Despite losing 66-5, it is a truly remarkable achievement to reach this stage and a sign of the continuing progress in girls rugby, particularly after just one year.

“The club are over the moon with the girls’ achievements. This shows how determined our girls’ section is and demonstrates their hard work and dedication.”

The celebrations continued on 2nd April when Deeside Wanderers were presented with their pennants and certificates for winning the Club Youth Red Conference at Groats Road. Both Deeside R.F.C. and Aberdeen Wanderers combined to create a single entry into the newly formed SRU youth conference structure which allowed boys from S1 to U18 to play competitive league games.

Involving over 600 boys, the league produced an excellent competition with the final weekend deciding the eventual winners, with Deeside Wanderers crowned champions.

The celebrations would continue in the afternoon as the senior side put on a fantastic performance to see off Shetland in the Division 2 North clash. The clubCAP members were able to produce a dominant display as they defeated their league rivals emphatically, 148-0. The result keeps the side in second place in the league as they look to cement this position going into the final round this coming weekend with another home tie against Garioch.

The club are eager to ride this wave of momentum and continue promoting the growing club to any players regardless of age, gender or ability which is reflected in the clubs effort to introduce a 2ndXV into a league next year.

Should anyone be interested in training with the club they are encouraged to contact them via info@awyrfc.com

Visit our clubCAP page to find out more about the accreditation scheme.