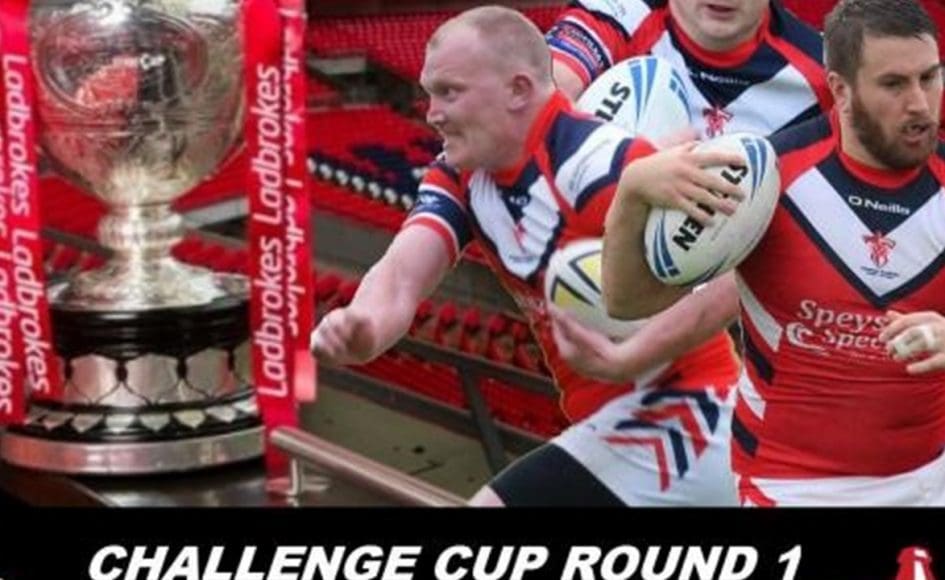 2016 promises to be a year to remember for Aberdeen Warriors Rugby League which celebrates its 5th Anniversary this season, beginning with its first ever home game against Northumbria University on Saturday, January 30th.

Aberdeen City Council’s Chief Executive, Angela Scott has rallied behind the club and is offering fantastic support to enable the players the best preparation to give them a winning edge come game day. The team are expected to meet with Lord Provost and expressed their appreciation to the Aberdeen City Council and the City of Aberdeen for the pouring of support for their home game. Especially from Sport Aberdeen which secured the Rubislaw Playing Field for the home game in lieu of the severe weather that made their home pitch at Woodside unsuitable.

This is the first time that a Round 1 fixture in the Challenge Cup will be held in Scotland which is appropriate considering the History of Rugby League in Scotland goes back to 1909. In 1989 a Scotland students’ side was formed at the University of Aberdeen and this proved to be the catalyst for the formation of a number of other clubs. The national team first played in 1995 and a domestic league followed in 1997. In 2000 and 2002 the Rugby League Challenge Cup final was held at Murrayfield in the home of the Scottish Rugby Union.

Aberdeen Warriors are set to take on some of the biggest clubs to date, including reserve teams from Championship, Championship One and some of Europe’s up and coming teams.

The club will celebrate its Anniversary against local rivals Strathmore Silverbacks on Saturday 30th April. Strathmore are among some of the strongest teams to come out from Scotland in recent years, with Aberdeen Warriors determined to avenge a home loss in 2015 to celebrate their anniversary in style.

The line-up of matches for June promises an exciting season amidst even more iconic stadiums, beginning in Cardiff against South Wales Scorpions on June 4th. Cardiff Arms Park was the former home to the Wales National Rugby Union team and played host to the Commonwealth Games in 1958. This game will serve as the curtain raiser for the South Wales Scorpions Vs North Wales Crusaders Championship One Derby and expected to draw loyal followers to watch the ‘Warriors’ from Aberdeen.

Following on the heels of Cardiff, Aberdeen Warriors arrive at Odsal Stadium in Bradford to challenge the British Army. Odsal stadium continues to hold the rugby record for the highest British attendance of 102,569 spectators at the 1954 Warrington Vs Halifax final replay. Not only is the game vs the British Army big in its self, but will be played before one of the oldest rugby league derbies – Halifax RLFC Vs Bradford Bulls. It promises to be a cracker of a day.

Further games against top developing teams from Europe are in the pipeline. The club is in advanced talks with the current Belgium/Dutch Champions, North Brussels Gorillas and is holding similar discussions with Rotterdam Pitbulls. As Rugby League continues to grow in Europe, could trips to and from Europe’s powerhouse cities be on the cards for Aberdeen?

2016 promises to be an exciting year for Aberdeen Warriors. Keep an eye on social media and the website for more updates and news.