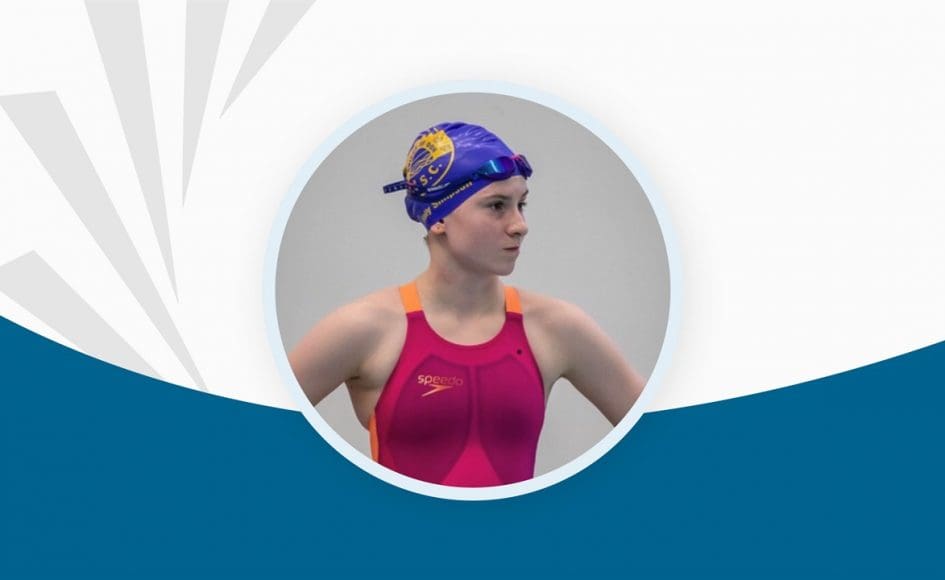 1.11.19
Next Article: My Journey With Sport Aberdeen: Yasmin Perry

Holly’s journey began at Dyce Primary School when she was a baby. She loved to play games and splash around in the water, and from a very young age it was apparent that Holly had a real love for the sport.

Holly told us her greatest achievements are competing at National events and winning North District medals, none of which would have been possible if she hadn’t participated in the Learn to Swim programme when she was young.

Holly’s biggest inspiration as a young athlete were her coaches. They have inspired her to step up and she is now an aquatics helper at Bridge of Don swimming pool. Being an aquatics helper involves Holly helping children gain confidence in the water and now she is eager to progress and become a qualified swimming teacher. She would love to see the children she assisted whilst being an aquatics helper develop in their swimming journeys, something Holly’s coaches and aquatics helpers would have seen in Holly herself as she progressed.

Holly’s love for swimming stems from the people she does it with and has met along the way as well as the competitions she goes to.

For Holly, her passion for swimming not only allowed her to compete at a high level but has allowed her to meet so many different people throughout her journey. The advice Holly gives to young athletes competing for the first time is to “enjoy it, never worry about it. It’s all about fun.”

Next Article: My Journey With Sport Aberdeen: Yasmin Perry