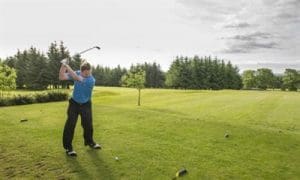 Entries are now being accepted for this year’s Aberdeen City Championship.

The tournament will now run between June and August, with qualifying rounds being introduced at different courses. Sport Aberdeen Golf Members will have free entry to the tournament.

In previous years the tournament was a two day competition but this year it has been developed to involve each of Sport Aberdeen’s courses across the city and give a better sense of inclusion which means four opportunities to qualify for the semi-final.

The first qualifying round will now be played at Balnagask on Sunday 7th of June, the second at Kings Links on Sunday 5th of July, the third at Hazlehead Pines on Saturday 1st of August and the last at MacKenzie Championship Course.

Next Article: Call for Volunteers!