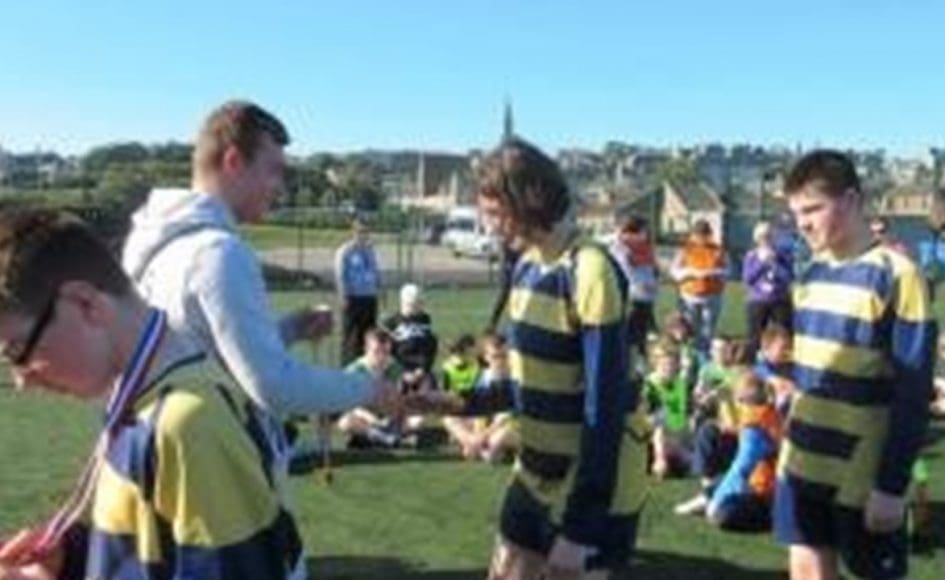 The sun was shining for this first 5 a-side tournament which Banff and Bucksburn Academy attended at Princess Royal Park, Banff. With Banff Academy bringing 22 players on the day, the side split into 3 teams to play each other along with the Bucksburn team from Aberdeen City.  Bucksburn played well throughout all of their matches to take first place. Congratulations to all the players and coaches on what was a hugely successful day.

A special thanks must go to the Princess Royal Sports and Community Trust and the Deveronvale Football Club officials for organising and running the tournament and thank you to all of the accompanying school staff and City Active Schools for helping on the day also.

Caitlin Dudley, Disability Sports Officer for Aberdeenshire Council said “It’s great to see these opportunities being put on around Aberdeenshire with local clubs, hopefully we can build on the success of this first festival to encourage more schools to attend the next two league fixtures.  Promising players from the day have also been invited to trial with the Grampian Football Squads which compete at a National Level so this is only the beginning for some of these players!”

This festival was the first of three festivals running in the 2015-16 league with the next one, Cove Rangers Football Festival, being held at Aberdeen Sports Village on 14th January.