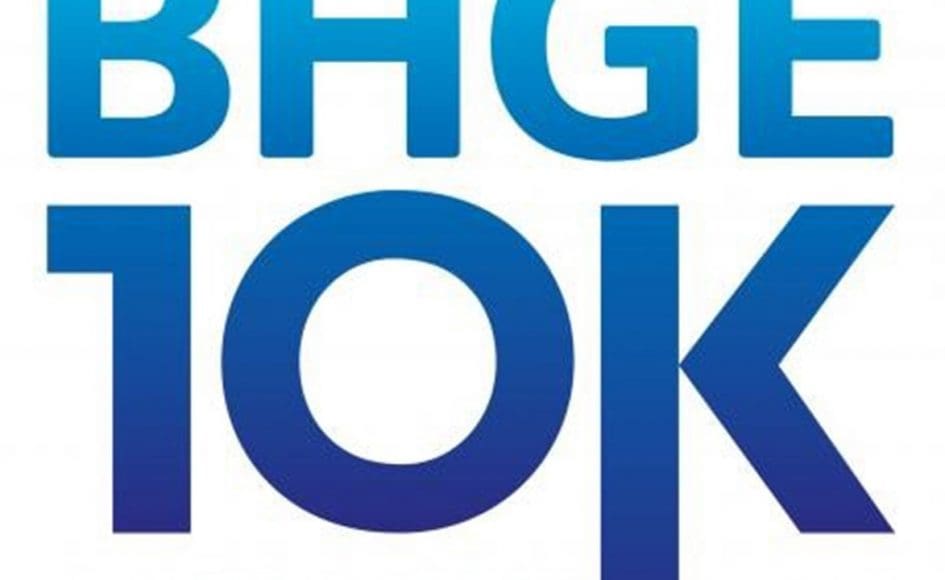 13.6.17
Next Article: Sport Aberdeen takes on gruelling golf challenge to raise money for good cause

Michael Hopkins and Jill Grant met by chance at last year’s race and after three dates, the rest, as they say, is history.

The couple returned to celebrate 30 years of the road race and a year since they met, with the news of an engagement and wedding plans for 2019.

“In its 30-year history the Baker Hughes 10k Running Festival has played host to so many wonderful tales, however I think this might be the first where the race has led to wedding bells.

“On behalf of the organisers I’d like to wish Jill and Michael all the best for their future together.

“We hope that they can save the date for next year’s race!”

“Congratulations to Jill and Michael from all of us at Baker Hughes, we hope they continue to run the Baker Hughes 10K together for many happy years to come!”

Jill Grant and I met at the Baker Hughes 10K Running Festival on the 15th of May 2016. The story, as it goes, is that I was at a friend’s birthday party in Cove on the 14th and didn’t get to bed until 2am.  I didn’t make it back to, Stonehaven where I was living then.

The next morning at 8am I got up, feeling a little worse for wear, but made it to one of the bus stops in Cove to go down the Aberdeen beach, where the race starts. I missed my bus by two minutes! I started walking along the way and one of Jill’s friends, unbeknown to me at this point, Jodie Milne, noticed that I was doing the race (with my number on the front of my t-shirt) and asked if I would like a lift.

We got to the beach and started chatting.10 minutes later Jill appeared and asked who I was, Jodie explained we had only met 30 minutes ago! We all chatted more before the race and promised to meet at the end to see how we got on, as this was everyone’s first Baker Hughes 10K.

We all met at the end and exchanged numbers. Three dates later Jill and I were an item. Since then I have moved to Aberdeen. Jill and I both agreed to do the Baker Hughes again for the 30th year.

We attended the same birthday in Cove this year, however he is now my joint best men. I proposed to Jill in Pitlochry in March as a secret for her birthday. We are planning get married in May 2019

Next Article: Sport Aberdeen takes on gruelling golf challenge to raise money for good cause