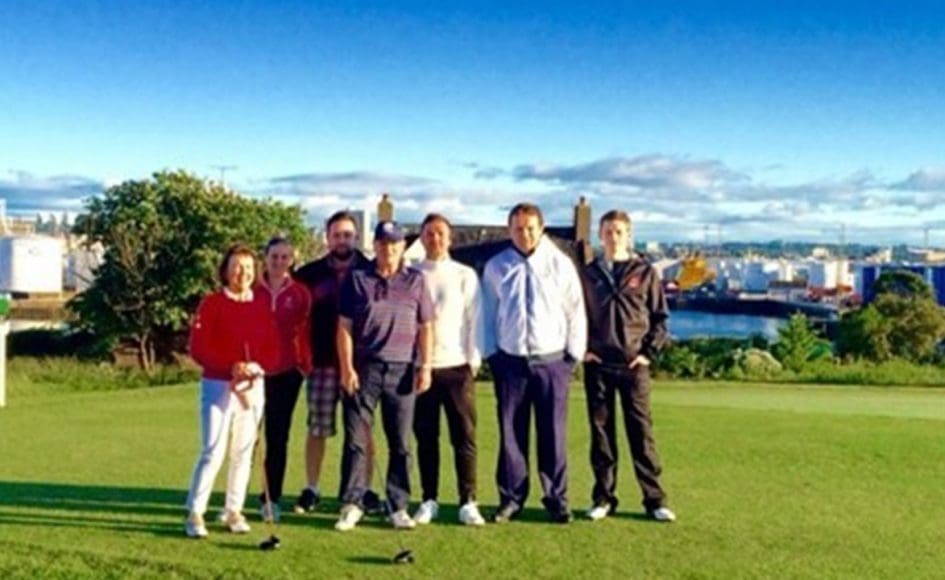 The long-haul Longest Day Golf Challenge, which takes place on Wednesday 21st June, is a UK-wide event where fundraising teams take on four rounds of golf back to back. This works out to be 72 holes played, around 300 shots hit and approximately 20 miles walked in one day.

The day will start at around 6am at Balnagask Golf Course with a finish of around 10.30pm at the MacKenzie Championship Course at Hazlehead, with all four Sport Aberdeen golf courses being played throughout the day.

The event is part of a national fundraising campaign by MacMillan Cancer Support and is a true endurance test for golfers. Across the country over 3,000 teams took on the challenge last year and raised £1.5 million to help people affected by cancer.

This year, Sport Aberdeen have 17 golfers taking part and are well on the way to achieving their £1,500 target.

“Last year seven members of Sport Aberdeen took part and raised £1,050 for MacMillan Cancer Support. This year we want to go bigger and better and raise as much money as possible for the charity.

“Sport Aberdeen is committed to playing a positive role in our community, and this initiative has been led from the beginning by colleagues using their own time. It’s a positive reflection upon the company and I wish my colleagues all the best on this test of endurance!”

A Just Giving page has been set up to fundraise for the event here.