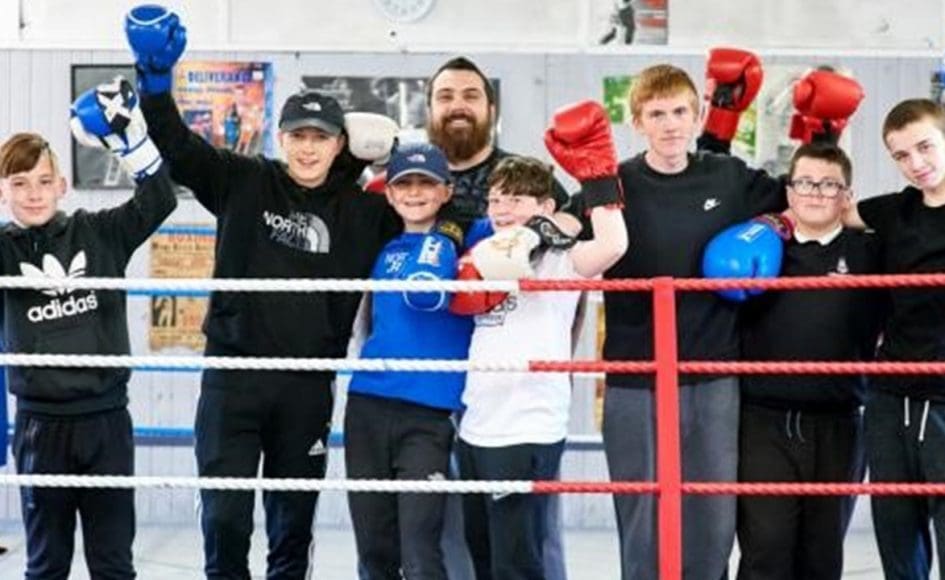 The project, set up between St Machar Academy and Granite City Boxing Club, is designed to encourage young people to attend school regularly and promote a healthy mental attitude, alongside providing access to top level coaching.

David McAllister, Head Coach at Granite City Boxing Club, is giving up his time and the gym facilities free of charge. Today Mr McAllister said he wanted to give back to his local community and support young people who have become disengaged with education either through truancy or regular exclusions.

Nine participants were initially brought onto the project with the hope that a second group will start in late August 2017 due to the positive feedback.

David McAllister secured sponsorship for all of the boys to attend “A Night With Ricky Hatton” on Friday 12th May 2017 as part of the ongoing project.

“Ricky Hatton is a big hero of mine, so I was delighted to be able to help.”

“This is a brilliant project and though in its infancy is proving very popular and effective. Sport Aberdeen is committed to creating opportunities and inspiring people by breaking down barriers to participation in sport and physical activity.

“This is a great example of how working partnerships within a community setting can facilitate new and exciting openings for young people.

“Being physically active has strong links to positive mental health, alongside the obvious benefits of leading an active lifestyle.”

“Boxing Scotland is delighted to see that the initiative with St Machar Academy has had such a positive impact so far. As an organisation our belief has always been that the sport can have a much wider use to help change people’s lives and improve communities.

“Our role in the project was to initially bring Sport Aberdeen and Granite City Boxing Club together to see if there could be something done to further support pupils through the sport of boxing.

“Granite City, and in particular head coach David McAllister, deserve a lot of praise for really making sure that the project has been so successful.

“From my own personal visits to the gym I can see that the youngsters, who might otherwise be misbehaving in a school setting, are giving him 100% focus and commitment. It is our hope that this project with St Machar Academy could lead to even more initiatives throughout the city.”