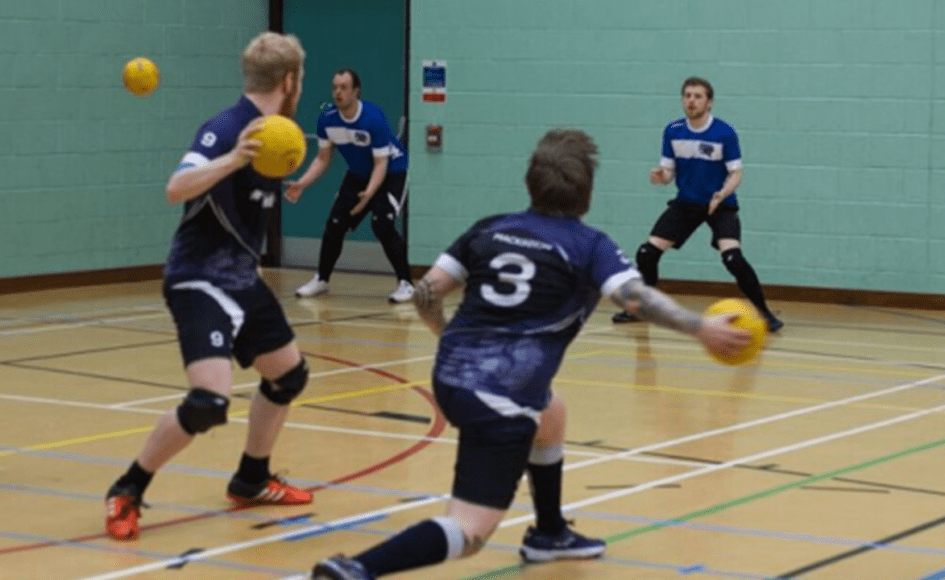 2.6.17
Next Article: Aberdeen’s biggest sports and physical activity festival for older people will kick off this week.

The Granite City Guerrillas recently triumphed at the Scottish Dodgeball Championships with a comfortable win meaning they will represent Scotland at the UK Championships.

Registered charity Sport Aberdeen hosted the Championship event within the newly modernised Get Active @Jesmond, welcoming over 70 players with both male and female teams competing.

The Granite City Guerrillas Ladies, boasting five international players in their ranks, ran out eventual winners with a 7-0 win in the final.

The Granite City Guerrillas men’s team, headed up by caption Anthony Aldred, one of six Scottish Internationalists in their team, also stole the day to take the title in the final watched by nearly 100 people. Both teams now qualify for the UK Championships on 24th June in Leicester, representing dodgeball in Scotland.

Commenting, Sport Aberdeen Director for Sport and Active Lifestyles Jo Bell said:“Sport Aberdeen is thrilled to support alternative sports in the city and it is so encouraging to see our local team triumph and now set to represent the country.

Sport Aberdeen is committed to creating opportunities and inspiring more people to take part in physical activity regardless of age and ability. This is a brilliant opening for local people to discover a new sport”

Peter Watt, UKDBA’s Active Club Co-ordinator for Scotland, said: “We were delighted to once again take the Scottish Dodgeball championships to the Jesmond Centre and to continue to build on our working relationship with the team there.

The standard of play on the day from all teams was the highest it has been and the introduction of a Ladies Scottish championship is a huge step forward in the sport development locally and especially for the Ladies competing. Good luck to both the male and female Guerrillas heading to the UK Championship at the end of June”.

Next Article: Aberdeen’s biggest sports and physical activity festival for older people will kick off this week.