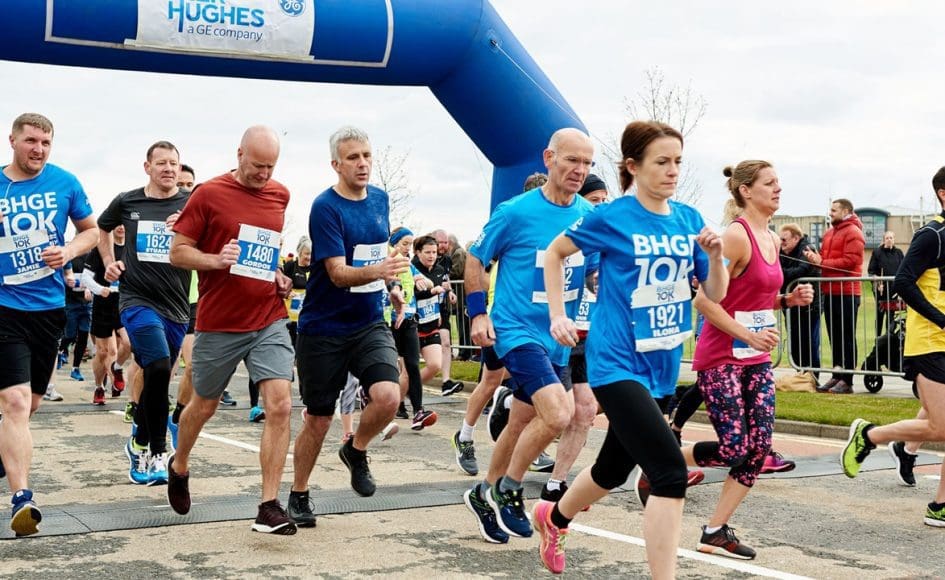 After the successful 32nd year of the BHGE 10K Running Festival, organiser Sport Aberdeen and main sponsor Baker Hughes, a GE company (BHGE) would like to give thanks to all who participated in and supported this year’s event.

Cameron Strachan from Metro Aberdeen was delighted to win the 2019 BHGE 10K, completing the course in a staggering 32 mins 20 secs and Fiona Bruce, also from Metro Aberdeen, won the women’s race for the fifth time with a time of 35 mins 50 secs.

Murran Mackay (Red Star Athletics Club) was victorious in the 10K wheelchair race in 52 mins and 55 secs and Catherine Lewis triumphed in the 10K handcycles race in 1 hour 10 secs.

First place in both the Male and Female Team race was secured by Metro Aberdeen Running Cluband the title of Corporate Team Challenge Winners was taken home by Team Sport Aberdeen.