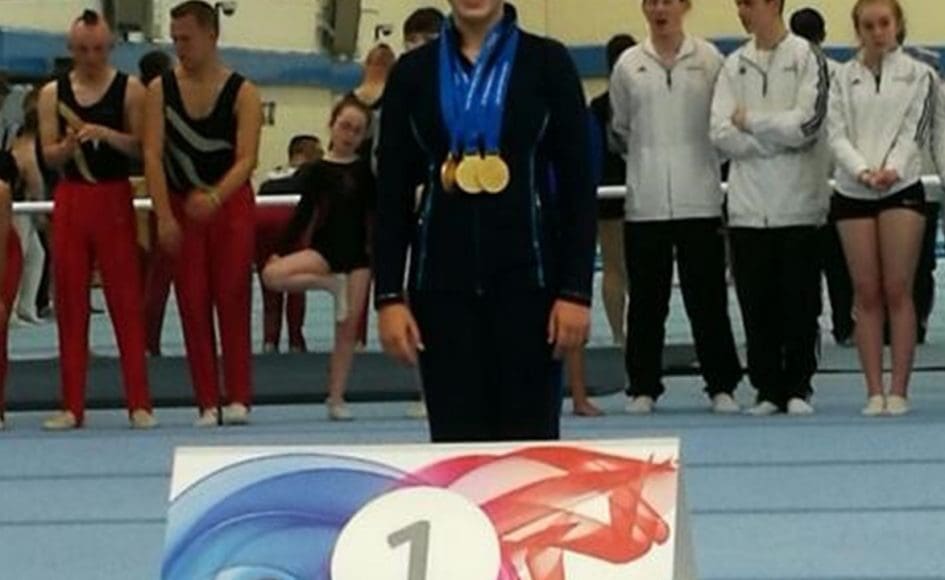 19.9.16
Next Article: Community asked for views on future of sport in city

Following her impressive results at last’s years event, Orianne Slater again headed to the competition in fine form. Despite uncertainty regarding a number of newcomers attending the event, she displayed great prowess and confidence to come away Gold on Floor, Vault and Asymmetric Bars as well as Silver on Balance Beam.

Orianne’s mother Lydie was delighted with her performance with the pair already looking forward to the future.

“Orianne and her coach, Lorna Presly, are very happy with these results! Indeed, these have increased her chances of being selected for the British Disability Masters event, which will take place during the hugely popular ‘2017 Gymnastics British Championships’ in Liverpool, next March.
For now though, Orianne’s next event is the Scottish Disability Voluntaries Championships 2016 (Kelvin Hall, Glasgow) on Saturday 1st October, where she will be competing for the Scottish Junior title and for which she is training intensely.”

Sport Aberdeen would like to congratulate clubCAP members COAG, Lorna, Lydie and of course Orianne on their most recent success which will undoubtedly lead to more in the future.

Next Article: Community asked for views on future of sport in city