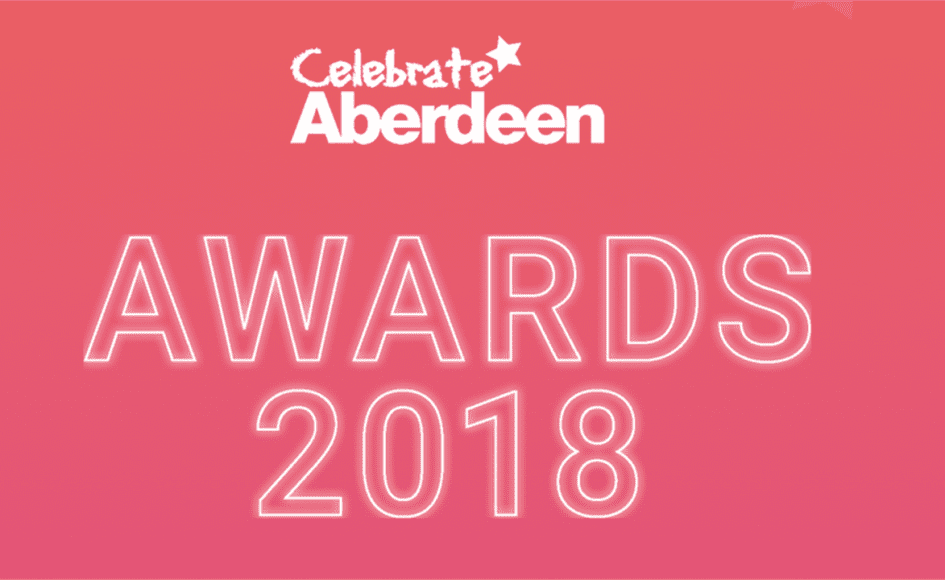 Sport Aberdeen and Baker Hughes, a GE company (BHGE) struck gold as they took home the Corporate Partnership of the Year award at the first Celebrate Aberdeen Awards, held at the AECC on Saturday 8 September.

The award recognises the ongoing partnership between the two companies, which was formed in 2010 when Sport Aberdeen took over the annual City of Aberdeen 10K, now the BHGE 10K Running Festival.

The partnership benefits Sport Aberdeen through BHGE’s provision of support, not only as the title sponsor – without which the event could not be delivered – but also through adding value to the organising committee, providing a large number of volunteers who carry out key tasks and acting as champions amongst their own workforce encouraging race entries and raising the profile of the corporate challenge.

Sport Aberdeen also benefit from BHGE’s specialist knowledge and skills sets from working globally in a corporate culture, which is very different to Sport Aberdeen’s usual working environment as a third sector company.

Both companies believe it is important to support the communities in which we are present, demonstrated through our long standing commitment to the BHGE 10K Running Festival which the partnership has developed, grown and established as one of the top community events in Aberdeen

“We are delighted that our partnership with BHGE has been recognised at this year’s Celebrate Aberdeen Awards. It certainly has us looking forward to working on improving on this year’s successes in 2019.

“Sport Aberdeen’s commitment to creating opportunities, inspiring people and changing lives through sport and physical activity regardless of barriers such as age, cost, ability and gender is reflected directly in an event such as the BHGE 10K Running Festival.”

The partnership has evolved over the years and BHGE are also a sponsor and supporter of Aberdeen’s Sports Awards, another not for profit event which benefits the local community and shines a light on the sporting achievements and contributions made by local athletes, volunteers and clubs.

In addition, the partnership further raises the profile of Sport Aberdeen internally at BHGE and externally with other Oil and Gas companies and the wider Aberdeen business sector, enabling Sport Aberdeen to promote its Active Workforce product to a wider business community.

A spokesperson for BHGE said:

“We are proud to support Sport Aberdeen in the wonderful work they do to make sport and physical activity accessible to everyone in our local community. It is wonderful to be recognised for the achievements both companies have made through our partnership.”