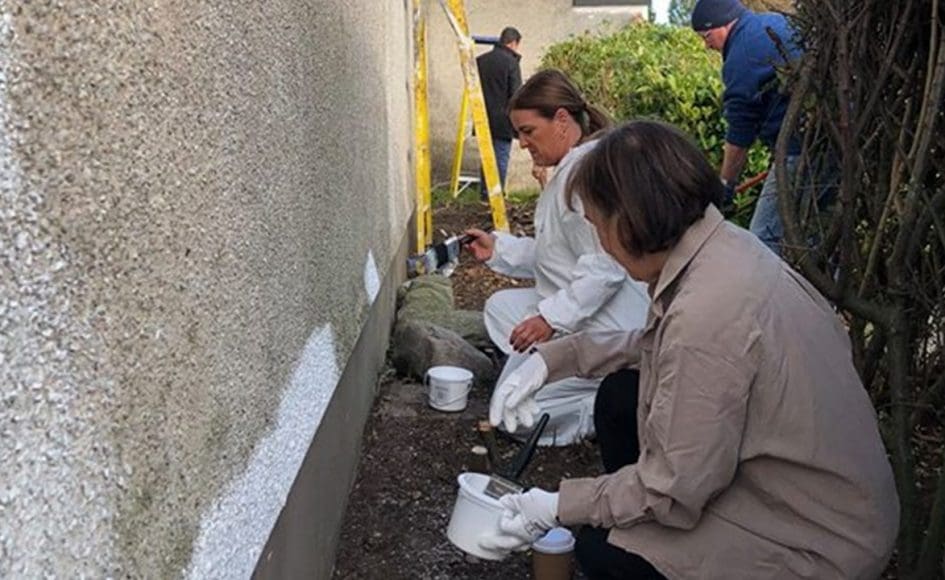 On Saturday 6 October a team of nearly 30 keen Sport Aberdeen staff and Board Members, led by Chairman Colin Taylor, descended on Sheddocksley Sports Centre paintbrushes in hand, ready to ‘spruce up’ the building ahead of the centre’s relaunch in late October.

“Thanks to everyone who volunteered to work at Sheddocksley Sports Centre at the weekend. The amount of work done was fantastic and we achieved most of the tasks set for, it was a highly successful day.

“We have made a very significant impact but of equal importance, is the fact that the event demonstrated the power of team work and having a good cause to focus on. It was great to see our staff and the Board trustees working so well together.

“I am indebted to everyone who took part and was very proud at what has been done, as the pictures will testify.”

The work that has taken place over the summer has extended the fitness gym, more than doubling the space available; improving the reception space to incorporate a comfortable seating area; and transformation of the existing squash courts into dedicated exercise studios.

In addition to the clean-up works, the exterior of Sheddocksley Sports Centre has also been given a prominent makeover courtesy of a local community arts project run by Mary Butterworth and Jon Reid from their Kekun Studio

The artists who have previously had involvement in Aberdeen’s Nu Art and Painted Doors projects held walk in sessions at the centre in September in order to give the local community a chance to pass on suggestions for shapes and colours to use in the design and to let them know what the centre means to them.