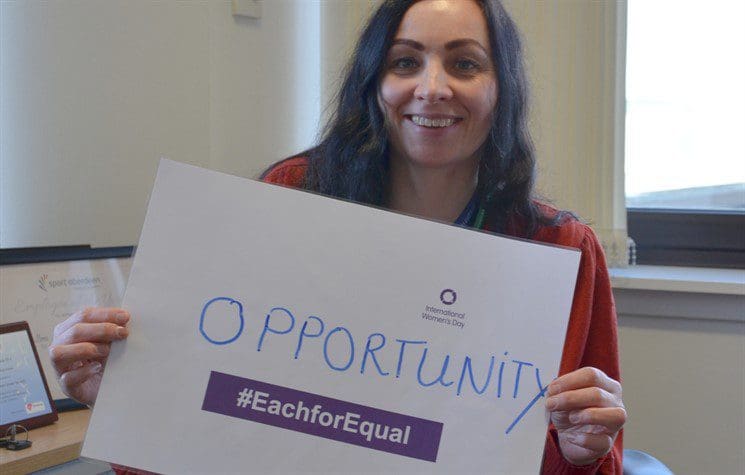 International Women’s Day, which takes place this Sunday (March 8th), is a global day celebrating the social, economic, cultural and political achievements of women. The day also marks a call to action for accelerating gender parity.

Everyone, no matter your gender or sexual orientation, is encouraged to challenge stereotypes, fight bias, broaden perceptions, improve situations and celebrate women’s achievements. Collectively, each one of us can help to forge a gender equal world.

This year’s theme is #EachforEqual and we are showing our support and championing gender equality. We spoke to some of the wonderful women in the Sport Aberdeen head office to find out what equality means to them, highlighting the importance of a move to back gender equality. 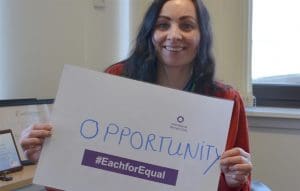 What does equality mean to you?

Equality means to me that all woman should be given equal opportunities as men! Woman are powerful! We can be leaders of change and peace!

Who is your role model?

My female role model when I was younger was Princess Diana. Her humanitarian role which no doubt made differences around the world. She was the founder of anti-landmine campaign raising public awareness of mines in Africa, that resulted on the global ban of anti-personnel devices. She met with landmine survivors and showed ‘basic humanity’ to people who don’t normally get that.

Calling for a ban on anti-personal devices had her attacked by politicians who claimed she was interfering with government policy. Despite the controversy, she had a significant impact on the political process that successfully banned landmines. Her campaign to ban mines, won the 1997 Nobel Peace Prize.