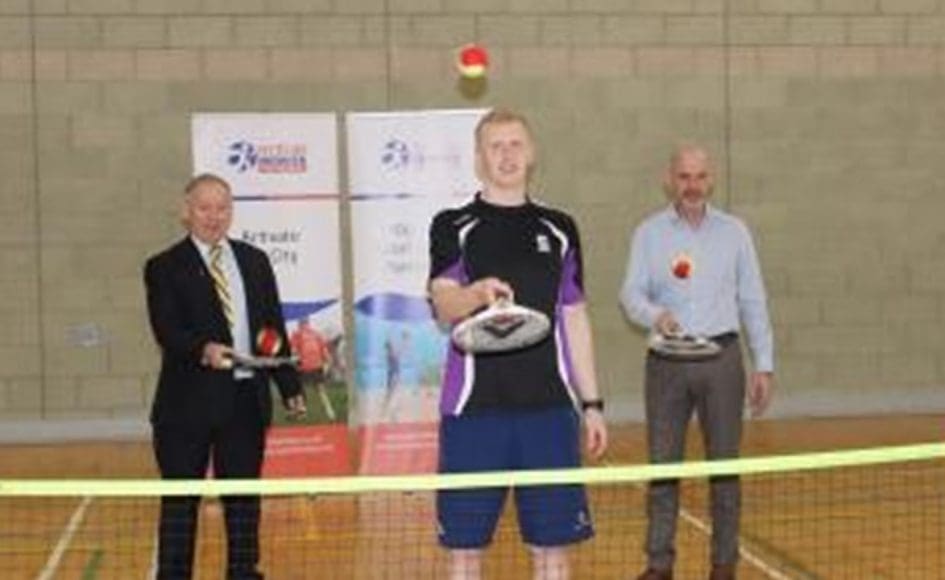 Lewis McCue, a former Robert Gordon University student who has represented Great Britain at the World Rowing Championship, today joined members of the Active Aberdeen Partnership (AAP) and volunteers from the Street Tennis Programme at an event at RGU Sport to highlight the importance of the scheme.

The AAP is committed to making Aberdeen the most active city in Scotland by 2020, and manages the Community Grants Scheme open to talented athletes, coaches, officials, volunteers and community sport within the city.

“The Active Aberdeen Partnership is committed to making Aberdeen the most active city in Scotland by 2020. We recognise that participation in sport and physical activity is driven by a whole host of talented individuals and groups, which is why I’d urge everyone with an interest to take a look at the scheme and consider applying.

“The next deadline is the 17th March and then there will be a further four deadlines to apply for throughout 2017. Whether you are a coach or a volunteer, an athlete or a community sports group, the Community Sports Grants scheme is an opportunity to make a positive and lasting impact on the health and social wellbeing of people in Aberdeen.”

“The Active Aberdeen Partnership Grants have been vital in allowing me with finial support to train and compete at the level I did. Coming from a working family in Aberdeen rowing was an expensive sport and through support from AAP I was able to compete at 5 world championships and represent my country.”